The dates for the finals of Turkish TV series 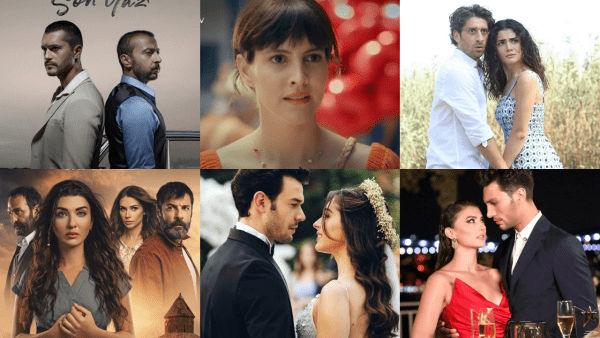 The dates for the finals of Turkish TV series

Each television season in Turkey brings the projects that win the hearts of viewers, but also big disappointments. The series that we bet heavily on is being dropped from the air because of the rating system. And we already know the first canceled shows in the fall of 2021.

As it became known, the series Tale of a Distant City / Uzak Şehrin Masalı makes the finale on the 5th episode. Moreover, Fox TV changed the broadcast date from Sunday to Thursday. This means that the series will lose the small audience that it still had.

The TV series Our Secret / İkimizin Sırrı will make the finale on Episode 10. The cameraman of the series made a bitter joke, “I’m going to work now, but if they say I don’t have a job, I’ll come home”.

TV series Game of Luck / Baht Oyunu makes the finale on Episode 17. It is curious that the scriptwriter of the project denied the information about the cancelation, but the next day the official confirmation came. Alas, it often happens that film crews find out about the finale even after users of social networks.

The series One of Us / İçimizden Biri has yet to be canceled, but Show TV postponed the broadcast of the project to Tuesday, and this does not bode well. Before canceling, channel managers can give one last chance by changing the broadcast schedule. As a rule, if a series fails on a new day, it will be canceled immediately.

The series Last Summer / Son Yaz, which started the season rather modestly and did not show good ratings, is rumored to make a finale on the 25th or 26th episode. However, the scriptwriter of the project assures that right now he is writing the script for the 26th episode and there is no talk of the final. However, given the sad experience of his colleagues, perhaps he shouldn’t be so sure.

The only summer TV show that is not yet threatened with cancelation is the series Love Logic Revenge / Aşk Mantık İntikam. However, its ratings are gradually falling, and the new series ordered by Fox TV is on the way. Whether the project will survive until the end of December or will be canceled earlier is the question that worries its fans.