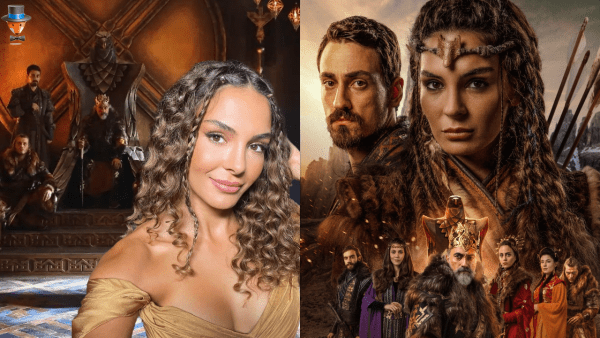 Even before the start of the broadcast, the series Legend / Destan by producer Mehmet Bozdağ was purchased by 15 foreign TV channels and digital platforms. What is it that attracted buyers and why the project can destroy all the established historical series creation patterns in Turkey?

Ebru Şahin, who suddenly woke up famous after the success of the series Hercai, having received a huge fan base not only in Turkey, but also abroad, is returning with a new, even more ambitious project. The series Legend / Destan will give the young actress the opportunity to fulfill her old dream, playing a strong female character.

The big budget series of the company Bozdağ Film is set in the time of the adoption of Islam by the Turks, in the 8th century AD. This is a story about two oppressed people who gain self-confidence and power. Akkiz (Ebru Şahin) is the central character of the story, and a warrior, which is quite unexpected, because earlier in historical series, either male warriors or harem intrigues were featured. Her companion, friend and lover will be the lame prince Batuga (Edip Tepeli). And this is even more unexpected – after all, the main male characters in Turkish TV series have never been disabled.

Producer Mehmet Bozdağ is completely confident in his new project. He stated that he did the best work ever done in Turkey in a historical series. On an area of ​​30 thousand square meters, they recreated the medieval world in which this incredible story would take place.

It seems that his confidence is shared by the professionals. Even before the start of the show, the series was sold to 14-15 countries of the world. The Arab platform Noor play and the Pakistani TV channel PTV were among the first to acquire the rights to broadcast the series. That is, the show will air simultaneously on digital platforms and on television, which means that it cannot be canceled because of ratings, as is often the case.

The plot of the series: the warrior girl Akkiz, who grew up among the wolves, vowed to take revenge on Korkut Khan. Her arrow pierces the heart of the enemy, but does not kill him. Forced to hide, she ends up in the palace of Batuga, the son of Korkut Khan. The mountain bird, which is in love with her freedom, becomes a slave to the palace. Every minute, she risks her life, because the person who stabbed an arrow in the heart of a ruler is the most wanted criminal in the state. The paths of Akkiz and Batuga intersect after many years, their fate is linked by invisible threads. They first become partners and then close friends. Batuga also keeps a great secret. In fact, he is a hidden Turkish khan. Together with Akkiz, he will change the fate of the Turkic tribes, uniting them and proving to the world that a crippled prince and a slave girl can reach any heights by holding hands.

TV shows with strong female characters are rare. Perhaps the most famous example is the story of Xena, the warrior queen. And for the Turkish show business, this is a completely unheard-of experiment. If it turns out to be successful, it will forever change the fate of the entire cast and, above all, Ebru Şahin, who faces the difficult task of convincing the audience that women could make history as well as men.