Vestel became the main sponsor of the film Nusrat 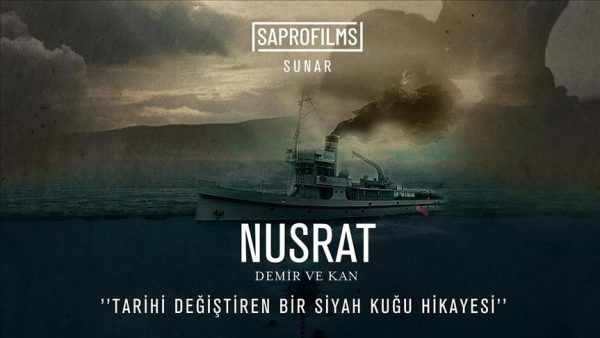 Vestel, Turkey’s largest conglomerate with a capital of $3.2 billion, became the first major sponsor of the film Nusrat: Demir ve Kan / Nusrat: iron and blood, which tells the story of the mine layer Nusrat. It changed the course of the Gallipoli campaign, which is considered a turning point in the creation of the Turkish Republic.

On the night of March 7-8, the mine layer “Nusret” under the command of Captain Tofaneli Ismail Hakki-bey and the commander of the fortified mine group, Captain Hafiz Nazmi (Akpinar) Bey, despite the searchlights of enemy ships, placed their mines in a strategic bay, which changed the fate of the Gallipoli campaign. On March 18, the British battleships Irresistible, Ocean and the French battleship Bouvet were blown up and sank. The British battle cruiser Inflexible and the French battleship Galois were heavily damaged. After which the ship received the title of the most famous mine layer in the world. British General Oglander admitted in his memoirs that 26 planted mines changed the fate of the military expedition. The Minister of the Navy Winston Churchill admitted that 26 Turkish mines cost the UK huge expenses and the deaths of hundreds of sailors, which ultimately determined the fate of the entire military campaign.

The film is directed by Can Ulkay, known for his previous works by Ayla, Muslum, Paper Lives. Preparations for filming began 19 months ago. The release of the film is timed to coincide with the 100th anniversary of the creation of the Turkish People’s Republic and will be shown at the Cannes Film Festival. The goal of the creators is to be nominated for an Oscar, not only in the category “Best Foreign Film”, but also in the main categories.  The slogan of the film: “The story of the black swan that changed the course of history”.