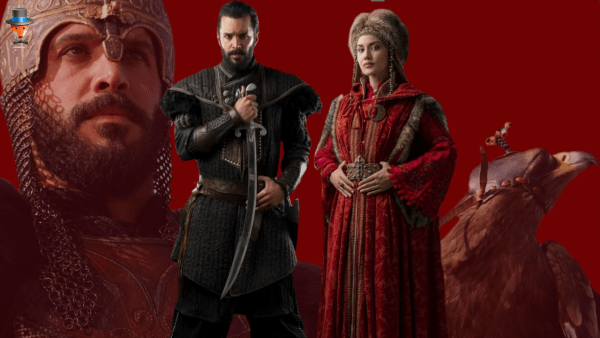 The series Alparslan: The Great Seljuks aroused great interest among Turkish and international viewers with its stellar names in the cast and the plot. Did the project live up to expectations? Was it successful? We tried to understand the results of the first day of the broadcast.

On Monday, November 8, Turkish viewers saw the new series Alparslan: The Great Seljuks, which started in the first position with an excellent result in ratings. This is due both to the fact that the continuation of the first part was expected with considerable enthusiasm, and to the star names in the cast. Fahriye Evcen, who had not appeared on the screen for so many years, was especially expected. Now the creators of the project have the difficult task of keeping the viewers and increasing the audience.

Before the start of the show, the state television channel TRT1 held a gala premiere of its new series, which was attended by its stars. Barış Arduç, who plays Sultan Alparslan, said that the chance to play such a role can only happen once, and that he is very happy that he had such an opportunity. Fahriye Evcen admitted that she is glad to return with such a strong project. She was looking for something worthwhile for a long time, and now she found a project that would be interesting not only to Turkish, but also to international audiences.

The general manager of the state TV channel Mehmet Zahid Sobaci believes that the history of Alparslan is the history of Turkey. It is extremely important to show the history of the people’s struggle to make Anatolia their homeland, therefore they attach special importance to this project. Private TV channels faced great difficulties in trying to realize this initiative, therefore for the state channel it is also professional growth, the creation of something new in terms of scenery, costumes, filming and acting.

The further fate of the series will be decided by the subsequent episodes and their dynamics, but so far the results of the project look like a big hit.