Fahriye Evcen and Barış Arduç in the new series Alparslan 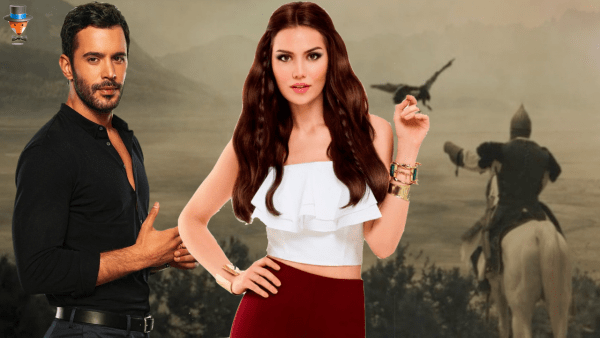 Fahriye Evcen returns to Turkish screens in the new historical series Alparslan. The actress will become the co-star of Barış Arduç, who will play the role of the legendary Seljuk sultan. What do we know about the project right now?

The series Awakening: The Great Seljuks became one of the biggest hits of the past season. Everyone assumed that the story of Meliksah and his son Sencer would be continued in the second season of the popular project, but the creators decided otherwise. They ended the father-son story on a very positive note and decided to start a new TV show, which will be a prequel to the story already told in the first season.

In the finale of the first season, the audience was introduced to a new character – the famous Sultan Alparslan, who was one of the most significant rulers of the Seljuk state, who defeated the superior forces of the Byzantine Empire. The role of the legendary ruler will be played by Barış Arduç.

Of course, everyone was wondering who his co-star would be. It was assumed that this should be a very important actress, and expectations were fully justified. Fahriye Evcen, who for several years stayed away from the TV screen, raising her son Karan, signed an agreement with producer Emre Konuk, becoming Barış Arduç’s co-star.

The project will be directed by Çağatay Tosun, who worked on the series Ramo. According to the latest information, the shooting of the series will begin in the coming days, and we will see the project on the screens in September.