Neslihan Atagül told about the weight of Fahriye Evcen 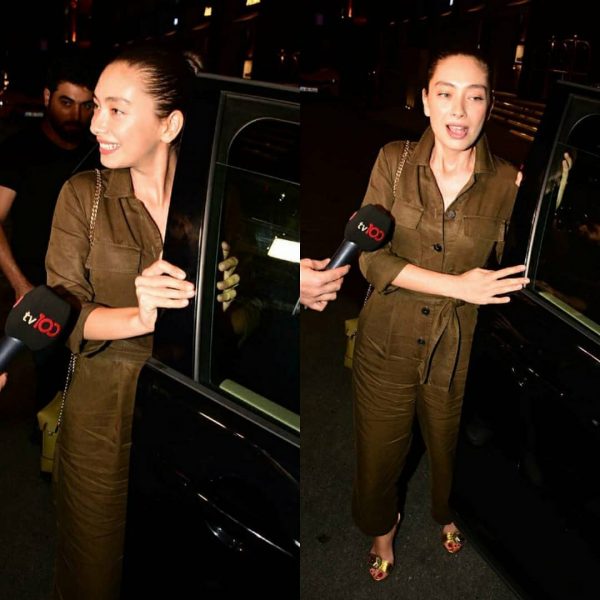 Neslihan Atagül did not stay out of the controversy over the excess weight of Fahriye Evcen. What did the former partner of Burak Özçivit say to reporters?

Neslihan Atagül who turned 27 last week was spotted with her friends in the Nisantasi district. Her friends cheerfully celebrated her birthday. Alas, her spouse Kadir Dogulu was not next to her. The official version: Kadir is too busy on the set of the series Reunion / Vuslat and could not attend the party. However, unofficially, the paparazzi already say that there are some family problems and the spouses seriously quarreled. Perhaps this is the reason why Kadir did not congratulate Neslihan on social networks, as he did every year.

True, the journalists decided not to get into details asking Neslihan only how things were going. The actress admitted that everything is excellent, she is resting, gaining strength before the new season, enjoying the village life, picking fruit.

But the main thing, of course, is the future work. Neslihan is very excited about the upcoming filming of the series Ambassador’s Daughter and hopes the project will turn out great. She is waiting for the start of work and hopes that the show will succeed. However, she has no right to go into details so far.

Reporters asked whether Neslihan congratulated her former partner Burak Özçivit on the birth of a son, to which they received an answer: May Allah make him happy. May life be fun, healthy, and long.

When asked how she feels about the polemic around Fahriye Evcen Neslihan noted that weight gain after childbirth is quite normal and you should not put so much pressure on people paying attention to what is part of anybody’s life.

Social network users are divided into two categories. Some of her fans are very glad that Neslihan speaks so warmly about her partner and his wife. Others believe that this is just a PR that Neslihan needs in anticipation of work on a new series.