Rating of Turkish Digital TV shows in IMDB on January 10, 2022 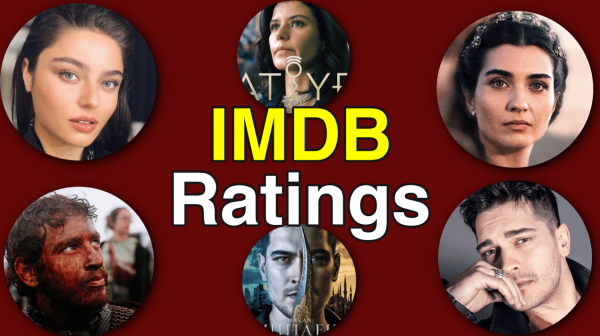 This week, the position of Turkish digital projects in the international movie database IMDB was determined by the release of the second part of the first season of the Netflix series The Club, which aroused low interest from international viewers. It is not yet known whether the show will be renewed for the second season, but it is clear that after a while, without a new season, it will lose its position and leave the top 5000 most wanted TV series in the world, as has already happened with the series 50m2.

The appearance of stand-up of Cem Yilmaz on Netflix raised interest in other works of the comedian. As a result, the upcoming Netflix series Erşan Kuneri entered the top 5000 most wanted TV series in the world according to IMDB. The positions of other digital series have changed little. The Protector is stable. It philosophically watches the change of leaders at the top, taking second place. The docudrama Rise of Empires: Ottoman is also of interest. But the series  Fatmalost ground too quickly. However, given that the platform has given the go-ahead for a second season, the series is likely to rise further.