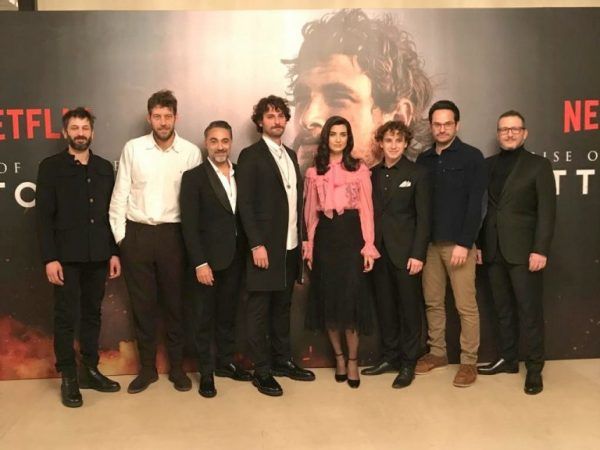 As expected, big success allowed all actors of the series Rise of Empires: Ottoman to significantly improve their positions in the international movie base IMDB. However, They couldn’t beat the record of the previous Netflix series The Protector.

We remind you that according to the results of the first 10 days of the broadcast of the show Hakan Muhafiz last year, Ayça Ayşin Turan entered the 50 best actors in the world in 42nd position. Hazar Ergüçlü was in 98th position and Çağatay Ulusoy was in 159th.

This time Cem Yigit Uzümoglu became the most wanted Turkish actor of the IMDB. He showed himself very well in a supporting role in The Protector and gained his first solo project on Netflix. Tuba Büyüküstün,  is in the second position. This is the best result of the actress in the IMDB database for all time. Damla Sonmez took the third position, losing a little to Tuba. We also note that the stars of the previous Netflix shows, Ayça Ayşin Turan and Beren Saat, also retained their positions in the top ten most wanted names of the base.

The top ten most wanted Turkish actors this week are as follows: