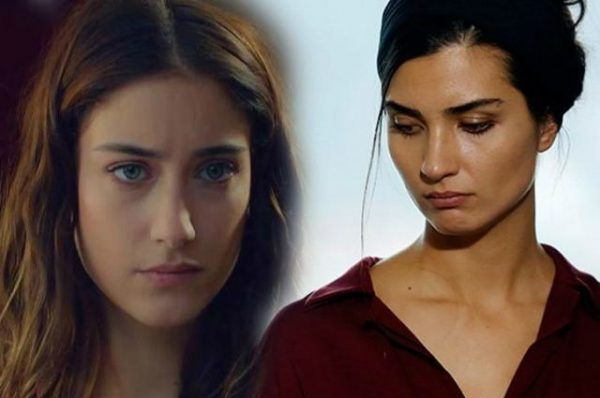 Dirty gossip in the Turkish press is almost the norm. However, even accustomed actors sometimes do not stand what journalists write. So why was Hazal Kaya so shocked that publicly express her outrage?

According to television program Gel Konuşalım the cost of the apartment acquired by Tuba Büyüküstün in the Saint Germain district in Paris is 7 million Turkish lira (1 million 78 thousand euros). Of course, a very substantial amount excited the imagination of the Turkish press, and some journalists reacted very ambiguously to the news. So, one of the online magazines published information entitled “Where did Tuba Büyüküstün earn this money?”. Moreover, the article was accompanied by a photo of the actress on the beach in a bikini clearly hinting at the nature of the “earnings”.

Such tactlessness deeply outraged Hazal Kaya known for her active civic stand in defense of women. The title and tone of the article caused shock and indignation of Hazal Kaya, she noted that this is real rudeness. How can you even think of such news? For years, this woman earned money with her work and made the right investments. When men buy a new car, journalists write about the “new toy”, right? Journalists must ultimately learn how to present the information correctly because this is their job. And if they don’t know how to do so, then let them study.

Turkish social networks reacted enthusiastically to the words of Hazal supporting the actress. Social media users condemn the tactless behavior of journalists and say that she is absolutely right. How the society can separate men and women without perceiving the fact that women can both earn and spend money regardless of men’s support. The name of Hazal Kaya hit the top of the Twitter. Tuba, in turn, thanked Hazal for support. She liked her photo in which the actress introduced her son Fikret.

The journalists who came to their senses quickly removed the article that caused controversy from their website, but they already got their minute of notoriety. As the saying goes, “money doesn’t smell.”