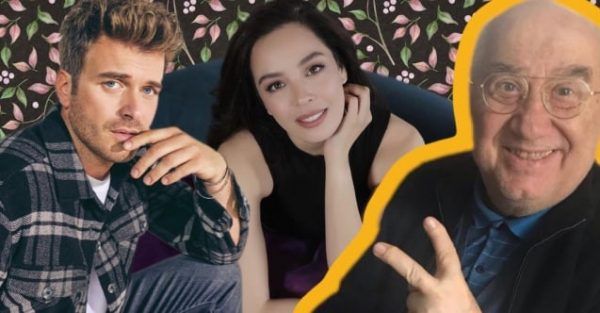 Erkan Ozerman, who is at the center of a scandal for indecent behavior towards the participants of the ‘Best Model of Turkey’ contest, can’t stop. Appearing on TV shows, this no longer young man dumps out more and more dirty details of the personal lives of celebrities. The other day, he was a participant in the Al Sana Haber program, talking about the difficult relationship between Kıvanç Tatlıtuğ and his ex-girlfriend Azra Akın.

According to Mr. Ozerman, in the place of Kıvanç, he would pulverize this woman, lock her at home, and keep her under lock and key. She arranged such a thing that it is indecent even to tell. Got rid of their child. She was terribly jealous. She could call from Amsterdam to Paris and make a scene of jealousy. Kıvanç dropped everything and rushed from Paris, where he had a fashion show, to Amsterdam. 2.5 hours on the train to calm the raging vixen. He even missed the fashion show because of this incident. When he was tired of everything, and he nevertheless left her, she decided to ruin his life, slandered him, created the image of a gay, fearing to lose.

Recall that because of Erkan Ozerman’s previous statements in the ‘Page 2’ program, Kıvanç and Azra, who have had families and lives separate from each other for a long time, filed a lawsuit. However, the aged showman does not seem to care and his crusade continues.

Azra Akın’s lawyer made an official statement announcing that his client is suing Erkan Ozerman, who has been constantly slandering and insulting her lately. On the fact of false statements in the press, especially that the actress allegedly had an abortion, an application was submitted to the court and the prosecutor’s office with a request to open a criminal case.