Hazal Kaya does not love her character in Forbidden Love series 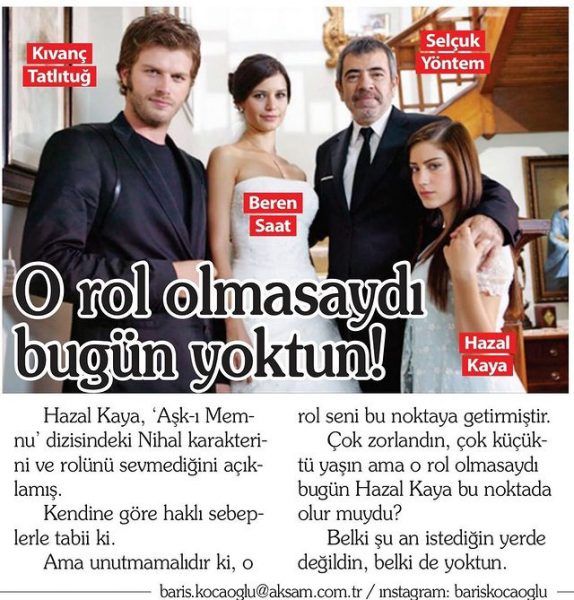 Hazal Kaya, answering questions from fans in the Onedio program, once again admitted that she did not like the character Nihal from the TV series Forbidden Love. To which the Turkish press noted: if not for this character, perhaps Hazal would not have been in the industry. It was this role that raised Hazal to the top, where she is now. It seems that the Turkish press stubbornly confuses the actress and the character she played, as well as numerous fans. To play a role well, it is not necessary to love the image you created, because an actor has to play a lot of things, sometimes serial killers.