‘Love Tactics’ is the new success of the Turkish Netflix movie 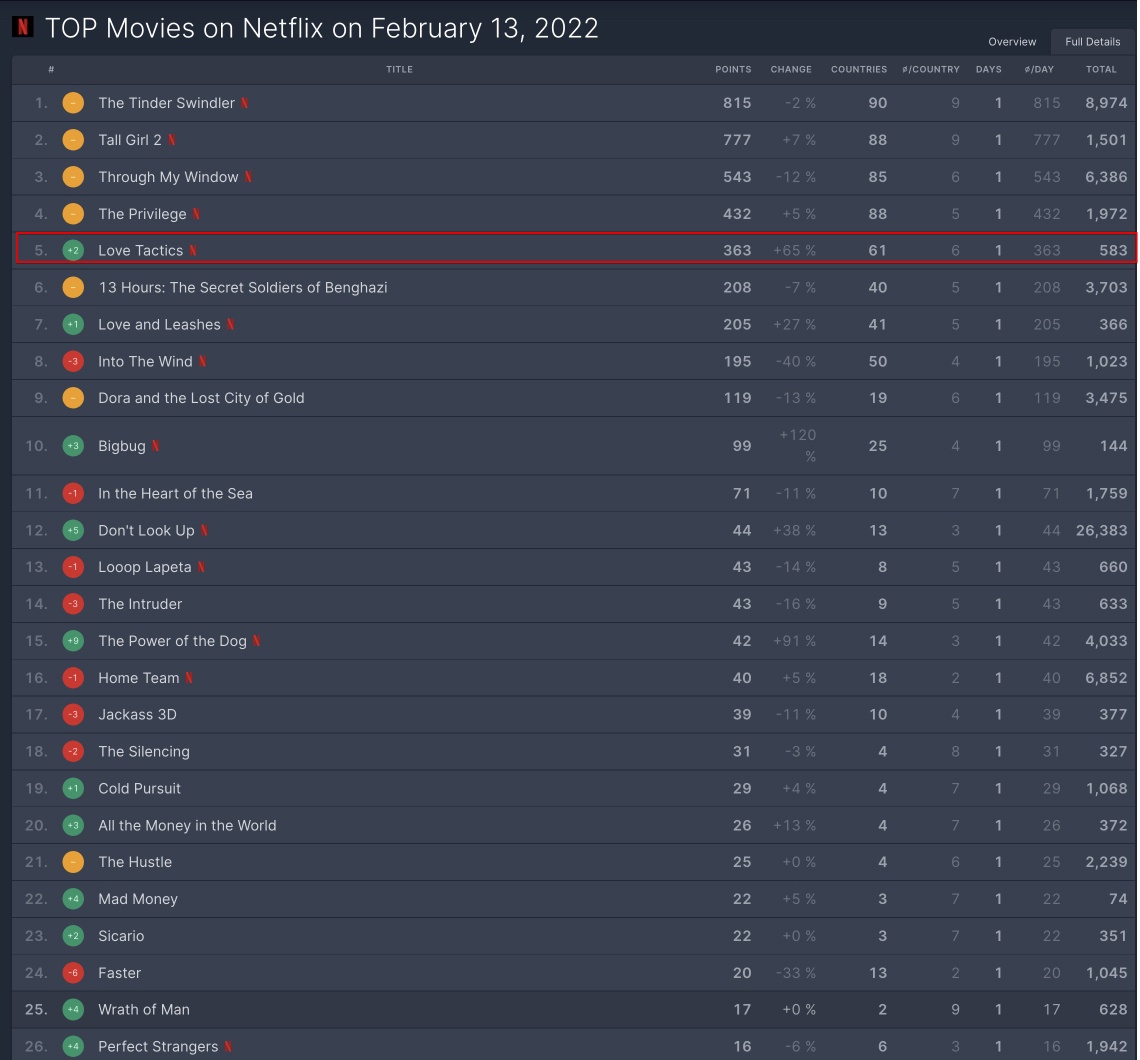 A strong start for the film Love Tactics / Aşk Taktikleri, which opened at number 7 on the Netflix charts on February 12 and climbed two spots the next day to top movie charts in 61 countries.

This is just one country less than the previous Netflix hit “Paper Lives”. Not surprisingly, however, romantic stories on Valentine’s Day are in high demand, so it is quite possible that the film will rise even higher and hit the tops in more countries.

We are now awaiting the weekly Top 10 lists of the most-watched TV and films that Netflix will release on Tuesday. It is very important for a Turkish film to get into the USA top 10, because American viewers make up half of all Netflix users. Moreover, it is necessary to get not only in the top 10 films, but also in the global top 10 (so far the film has hit the overall top in Turkey, Italy and Romania). It is these factors that will determine the viewing time of the film, and hence its position in the official weekly and monthly top 10 of the platform.