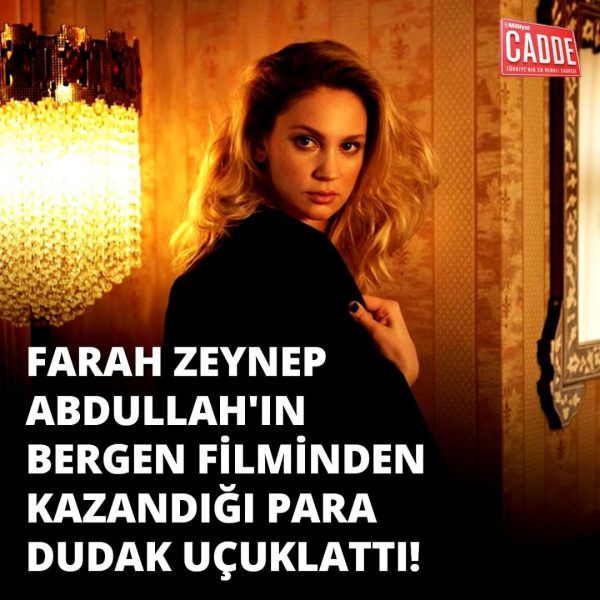 According to Hürriyet journalist Ismail Bayrak, Farah Zeynep Abdullah has already earned 40 million Turkish liras (2.7 million dollars) for her work in the film Bergen. As it turned out, the actress also acted as a co-producer of the film, which had 4 million 868 thousand viewers at the box office and scored 142 million 836 thousand box office. And it seems that this figure will increase significantly, because the distribution is not yet completed, and then the sale of the film to the digital platform and television will follow.