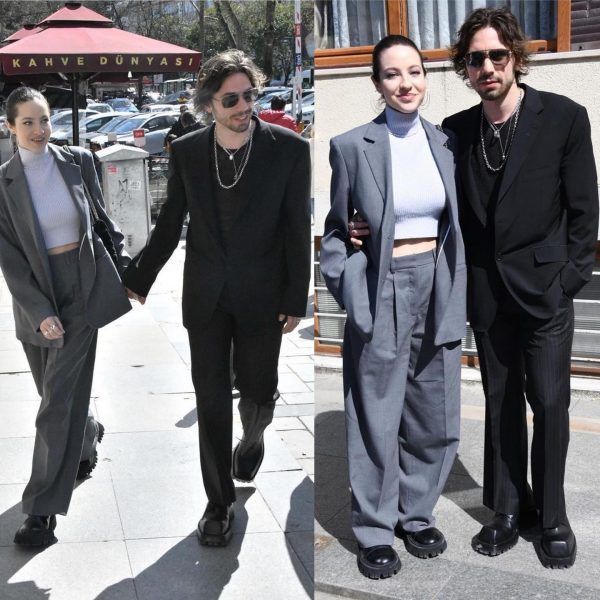 The star of the series ‘Unfaithful’ Tarık Emir Tekin, seen in the Bebek district with his sweetheart, gave a short interview to Turkish paparazzi. The actor, who again attracted attention with his unusual style, said that he thinks over his image himself, and one very professional tailor helps to bring his ideas to life. As for work, the family never put pressure on him, he made his own choice to become an actor. However, he has no special ambitions, so he does not think about success. And even more so, she is not going to compete with her mother, the famous actress Şevval Sam. They work in the same industry and tell stories to people who should have a good time, that’s all.