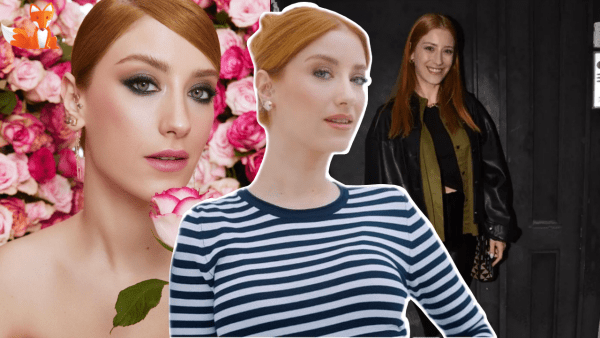 Great news for fans of Hazal Kaya. The actress will soon announce a new project. She is also preparing to start filming the second season of the popular Turkish Netflix series “Midnight at the Pera Palace”.

Hazal Kaya, who was spotted leaving her new agency, confirmed that she was negotiating a new project, but refused to disclose the details of the work. The actress promised that the press would hear good news from her very soon.

Hazal also said that the second season of the Netflix series “Midnight at the Pera Palace” is being prepared, it will be very interesting. The film crew is waiting for the start of work, so far she cannot disclose any details.

When journalists asked if she wanted to give little Fikret Ali Atay a brother or sister, Hazal answered in the affirmative, that would be great. She was also very amused by the news that she allegedly convinced her husband Ali Atay to get a hair transplant. When they heard these gossip, they laughed hard, in their relationship no one ever forces anyone, there is no such thing.

The actress was asked about the words of Songül Öden that she had suffered a lot from fans because she worked with Kıvanç Tatlıtuğ. Hazal admitted that this also happened to her, but she has long been calm about such a reaction and does not react to stupid things.

Fans are looking forward to information about the new project of Hazal, who continues to advertise the products of the French brand Lancôme and the Turkish brand Perspective, and wish her good luck in her endeavors.