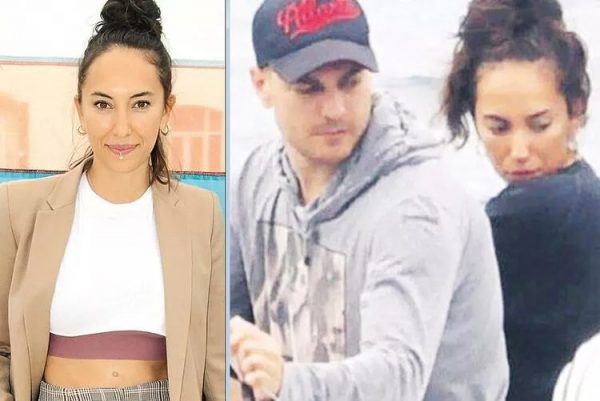 Fans of Çağatay Ulusoy closely follow not only his work, but also his personal life. In recent months, they have been excited by rumors about the imminent wedding of the actor and his beloved Duygu Sarışın. What did Duygu say to the question about the wedding?

Yesterday, Duygu Sarışın visited the art exhibition “Modern Istanbul”. The actress, who appeared at the exhibition to support her friend, also spoke to the Turkish press. Stating that her friend’s work is very valuable and difficult, Duygu said that while they just said hello to art lovers, the real big event will take place in September. Then she expects to talk to reporters again.

In turn, journalists were interested in rumors that Duygu’s beloved Çağatay Ulusoy reacted very coldly to the issue of marriage, and this upset the young woman who dreamed of sitting at the wedding table and becoming a mother. When asked about these rumors, Duygu stated that their relationship is going well, but now they have no plans for a wedding, and she prefers not to discuss such things.

Recall that a few months ago, the Turkish press was full of information about the imminent wedding of Çağatay and Duygu. However, the actor will be busy filming the Netflix series “The Tailor” all summer and is unlikely to find time for the solemn event. However, with Çağatay you can never know for sure.