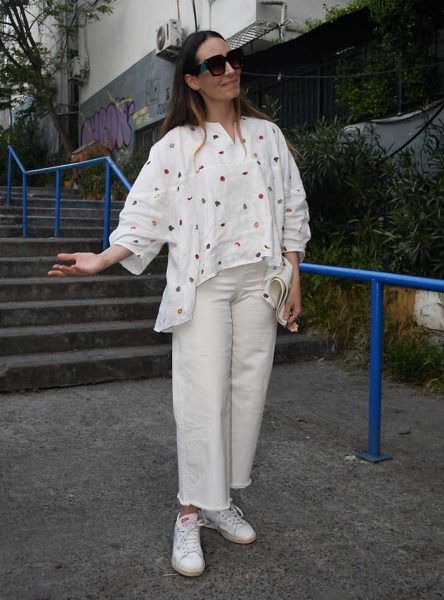 Melisa Sözen, who recently completed work on the new Netflix series ‘Who We Were Running From, Mom’, was spotted in the Cihangir district. The actress told reporters that she was reading scripts and waiting for a suitable project. When asked by the paparazzi when she would marry her beloved lead singer of Mor ve Ötesi, Harun Tekin, whom she had been dating for ten years, Melisa replied that they were already happy, although everyone was always asking about it, thus closing the conversation about a possible marriage.