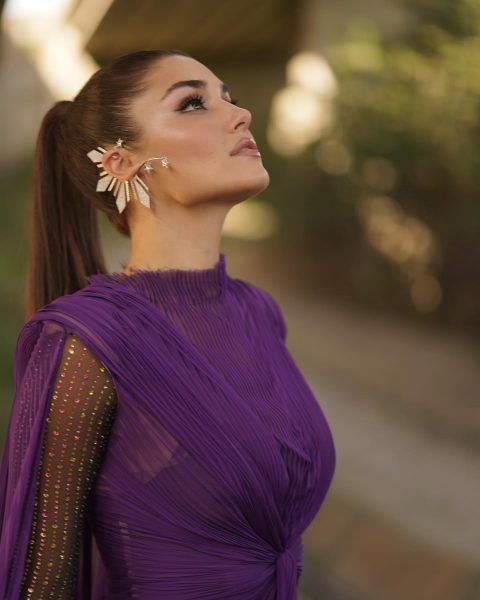 Great news for fans of Hande Erçel! The Turkish star returns to the screens in a new TV show. In her latest interview, Hande spoke about her dream project and the difficulties faced by actresses in the Turkish show business.

Hande Erçel, in her last interview with Vogue magazine, admitted that the most difficult thing for an actress in Turkish show business is the attention that the public gives to her appearance. They look not at work, but at your wardrobe, weight, image. This interests people much more than your dreams and work. They especially like to criticize physical defects, instead of discussing talents. Now every person with a phone can take your photo and post it on social networks with caustic comments. It’s very disrespectful to an actor.

Hande also said that after a long break, she is going to return to Turdizi with a new character that will inspire her and push the boundaries. It’s been nine months since she finished the previous series. During this time, she has had time to relax, take care of herself, travel. Never in her career has she had such a long vacation. And now Hande wants to return to the screens with a character that would inspire both the actress and the audience.

While Hande Erçel chooses a suitable project. Recall that the actress signed an agreement with the Disney Plus digital platform, but so far this is only an agreement of intent, and she does not have a specific show, she reads the scripts.