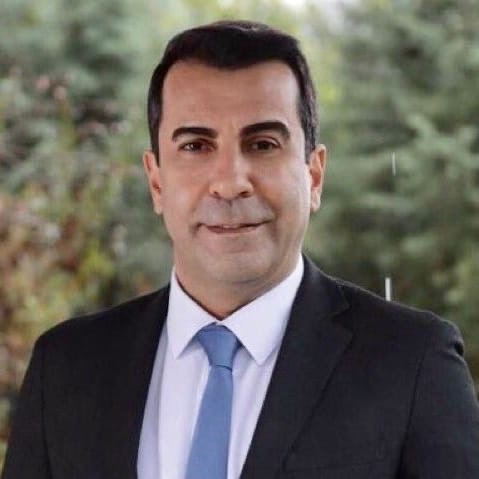 Ayça Erturan, who took a break from her acting career after the birth of her daughter, returns to the screens in the series ‘Blue Exile / Maviye Sürgün’, which continues to be filmed in Marmaris. The actress will play the role of Zehra, the friend of the main character Defne (Damla Sonmez) 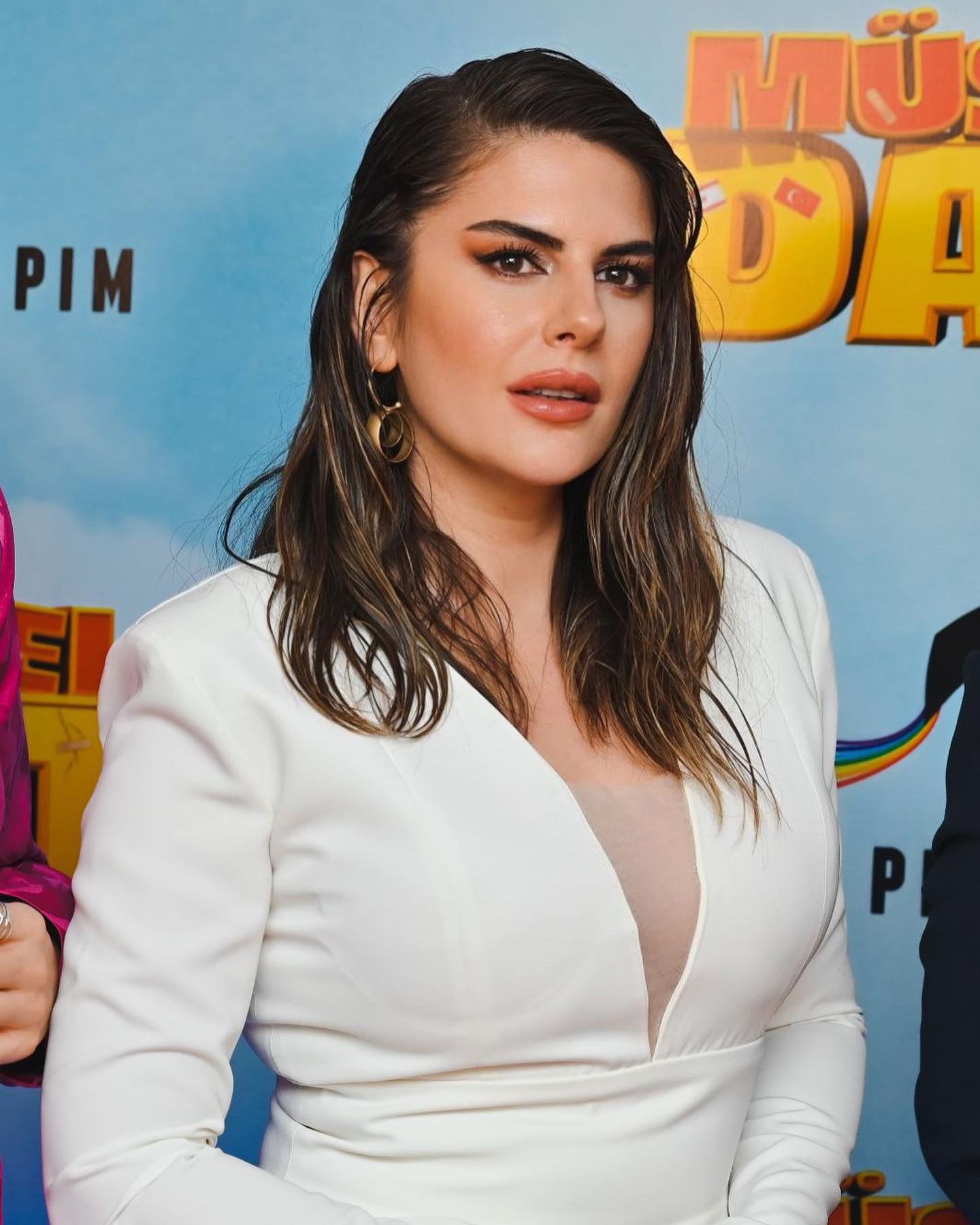 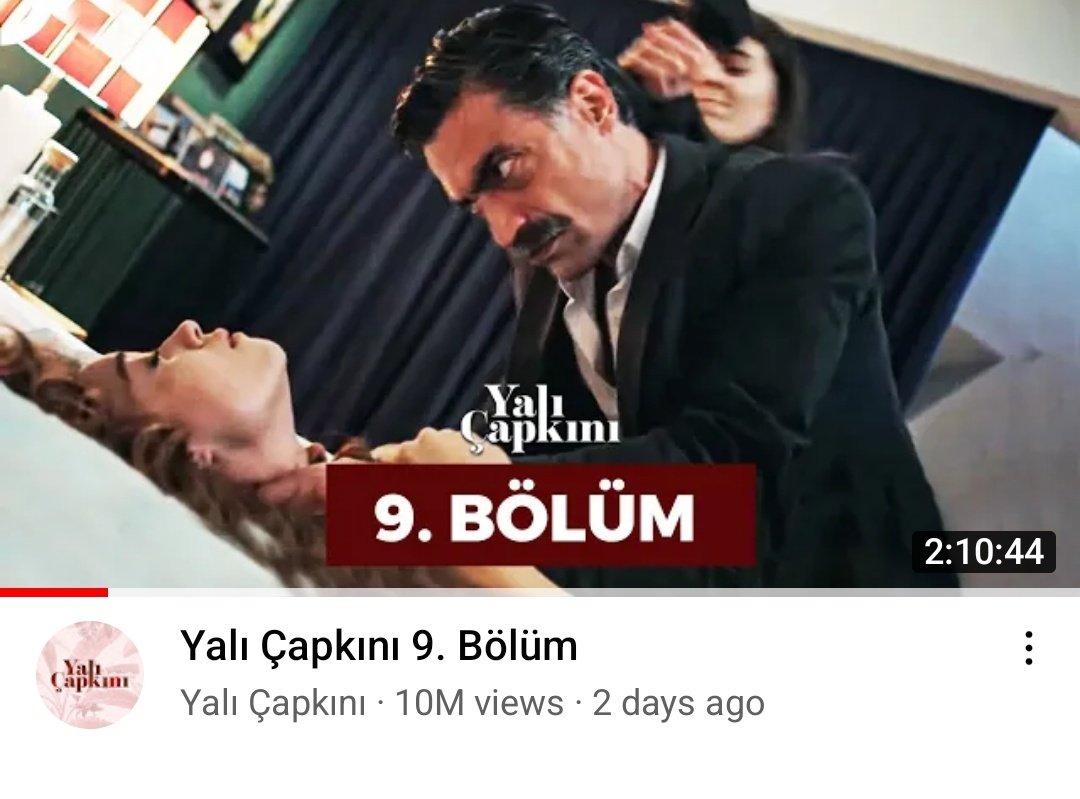 According to Birsen Altuntas, Star TV decided to postpone the premiere of the series ‘Croupier / Çöp Adam’, as the producers of the project did not have time to shoot an stock episode, which is needed in case of unforeseen delays. 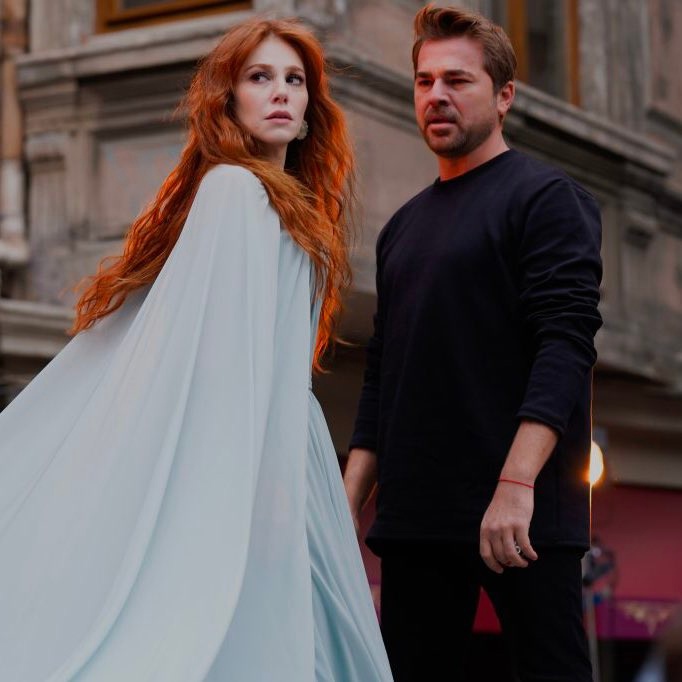 Nesrin Cavadzade became the face of the jewelry brand Storks 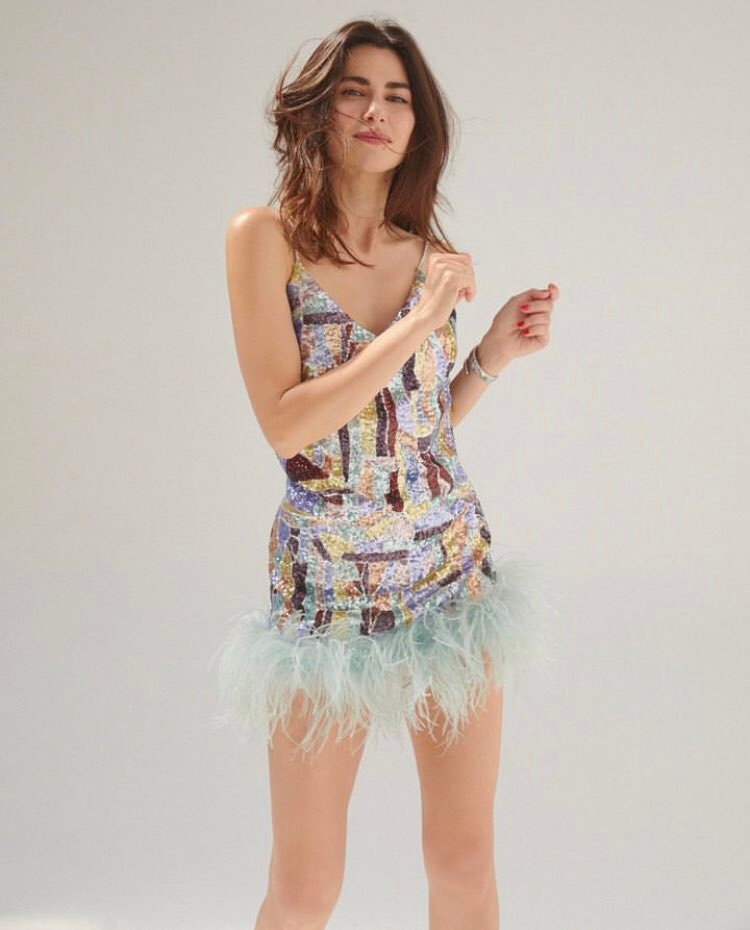 Birsen Altuntas promoted Nesrin Cavadzade, saying that the actress received many offers, but did not accept them 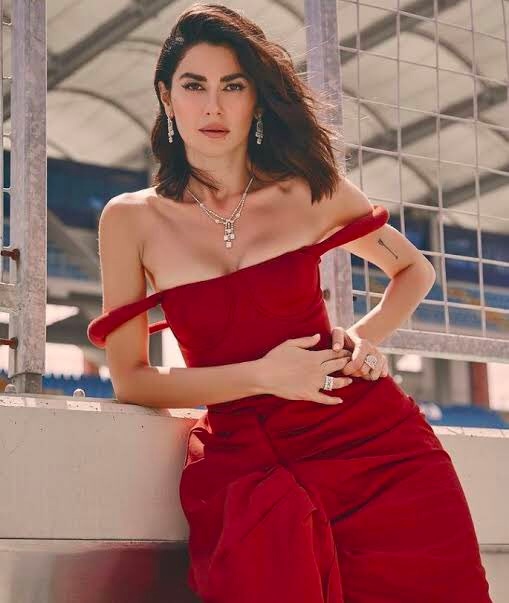 Fox TV is preparing a new series, ‘Queen Sugar’, which will tell the story of brothers who have lost their father and are trying to manage the family’s sugar cane plantation. Selin Eninci and Ekin Mert Daymaz are negotiating to star in the project 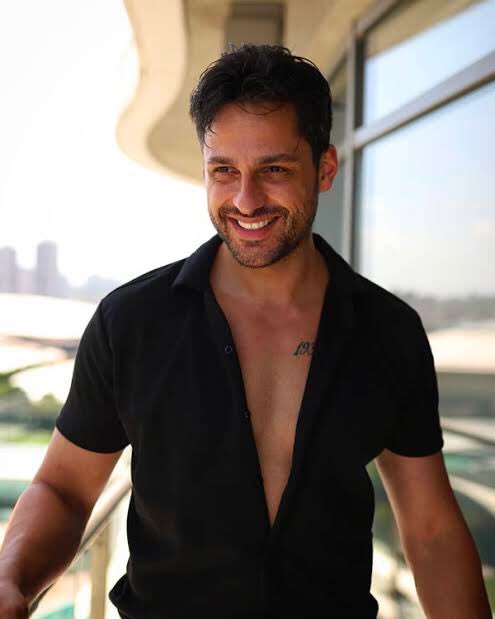 Ruya Helin Demirbulut joined the cast of the TV series ‘Men can not be trusted / Erkeğe Güven Olmaz’ as the bride of the protagonist named Elif. Starring Alperen Duymaz and Melisa Aslı Pamuk 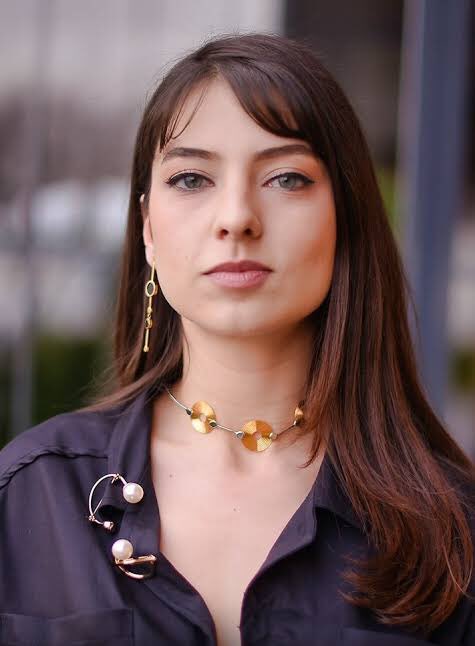 The premiere of the series ‘Croupier / Çöp Adam’ has been postponed for a week. Viewers will watch the first episode of the project on Wednesday, November 30 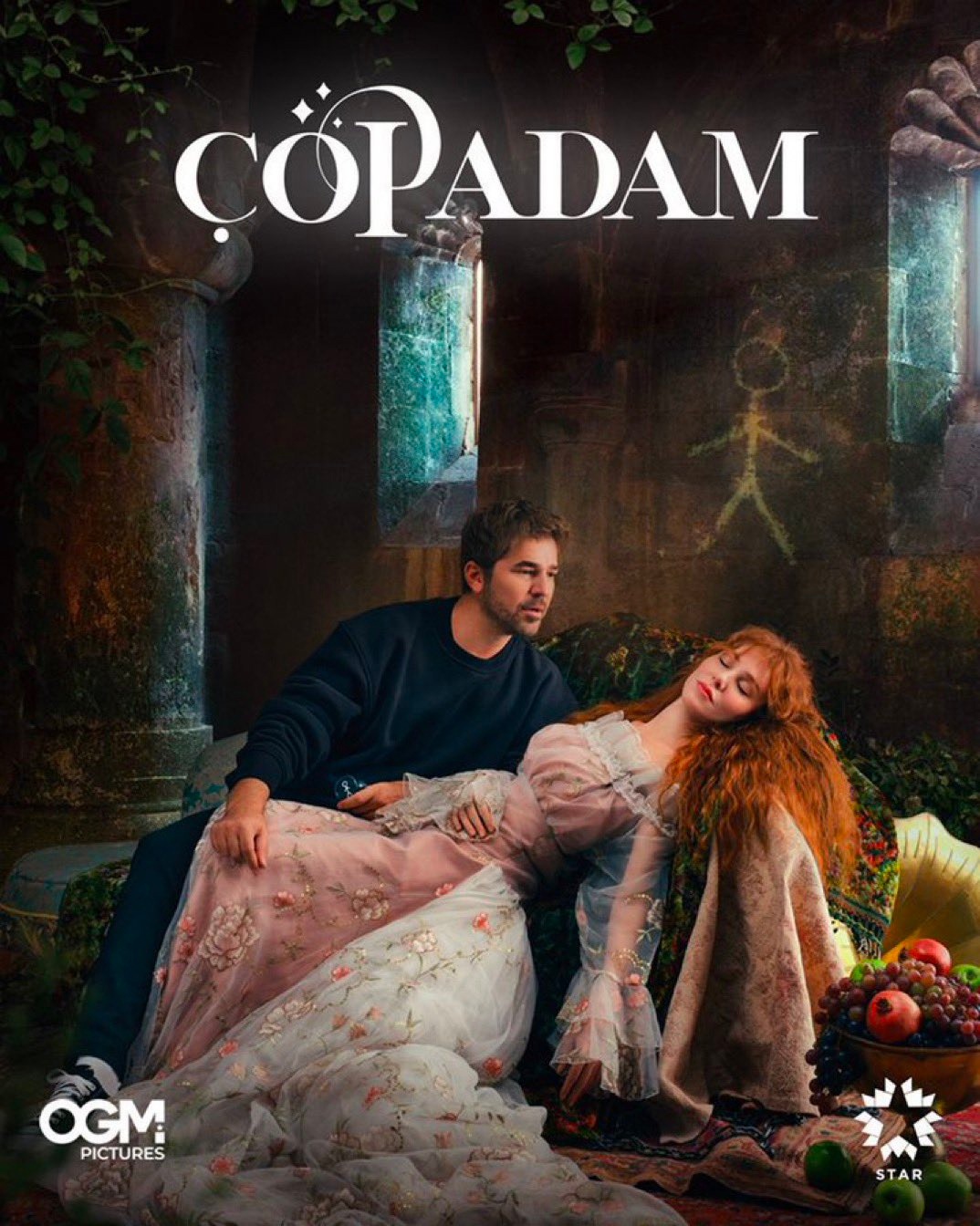 The Turkish press reports that the filming of two seasons of the series ‘As the crow flies’ has been postponed, despite the fact that the film crew has already read the script. Preparations are underway, filming is expected to start next week. 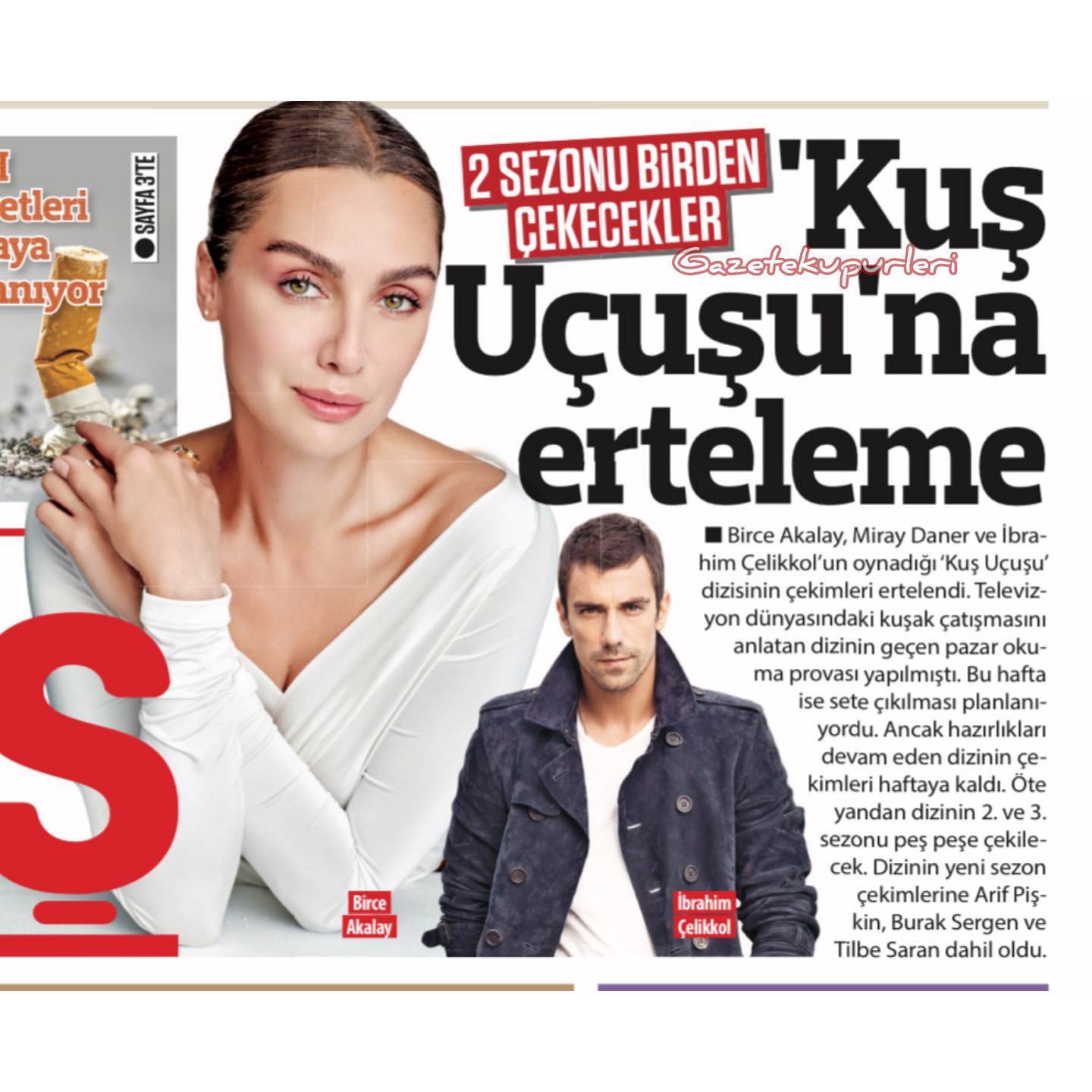 As the crow flies

Yağmur Tanrısevsin was spotted at the Metropol Istanbul shopping center with her pet Alf. The actress visited the NBA exhibition and played basketball with a friend in the fan zone 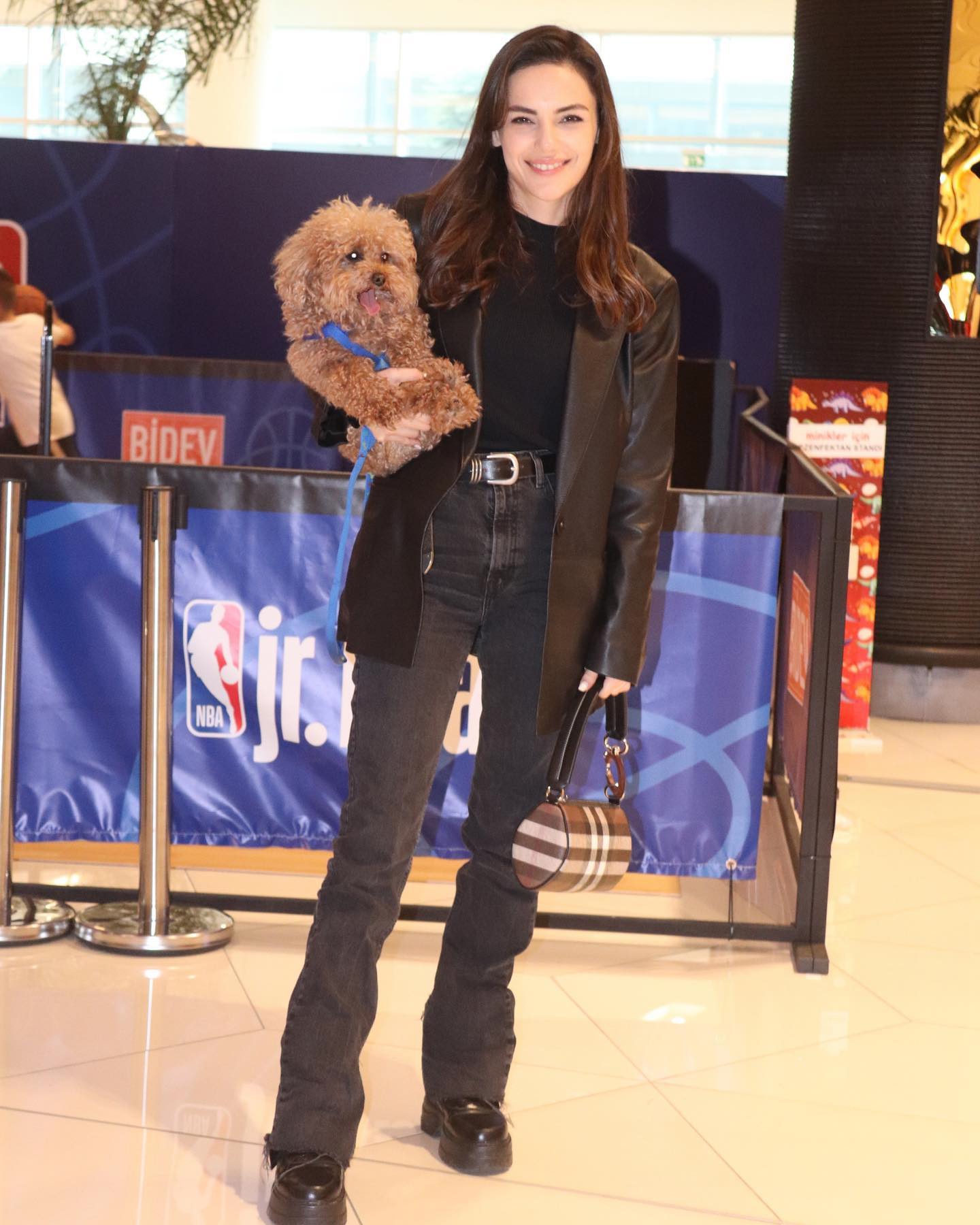 According to Sina Kologlu, the Arabic adaptation of the series ‘Stiletto Vendetta’ that Ay Yapim made for the MBC media group is broadcasting on the Shahid digital platform with great success, topping the top platform in all the countries where it operates (19 countries in total). However, despite its success, there will not be a second season of the series. 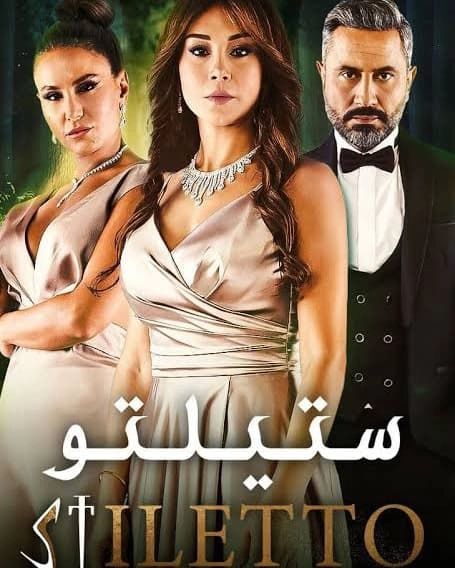 Uraz Kaygıraloğlu said that after a serious accident in which his ex-wife Melis İşten got into with the troupe of the play ‘Trouble on My Head’, she feels well, although she has several injuries. There is no danger to life. However, the health of her partner Sergen Deveci raises concerns 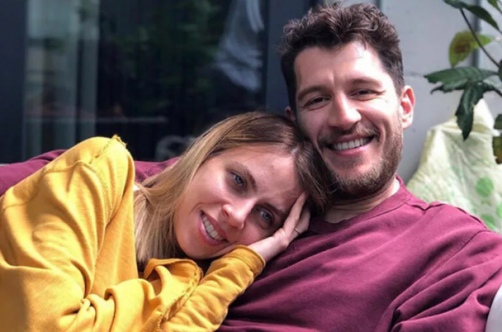 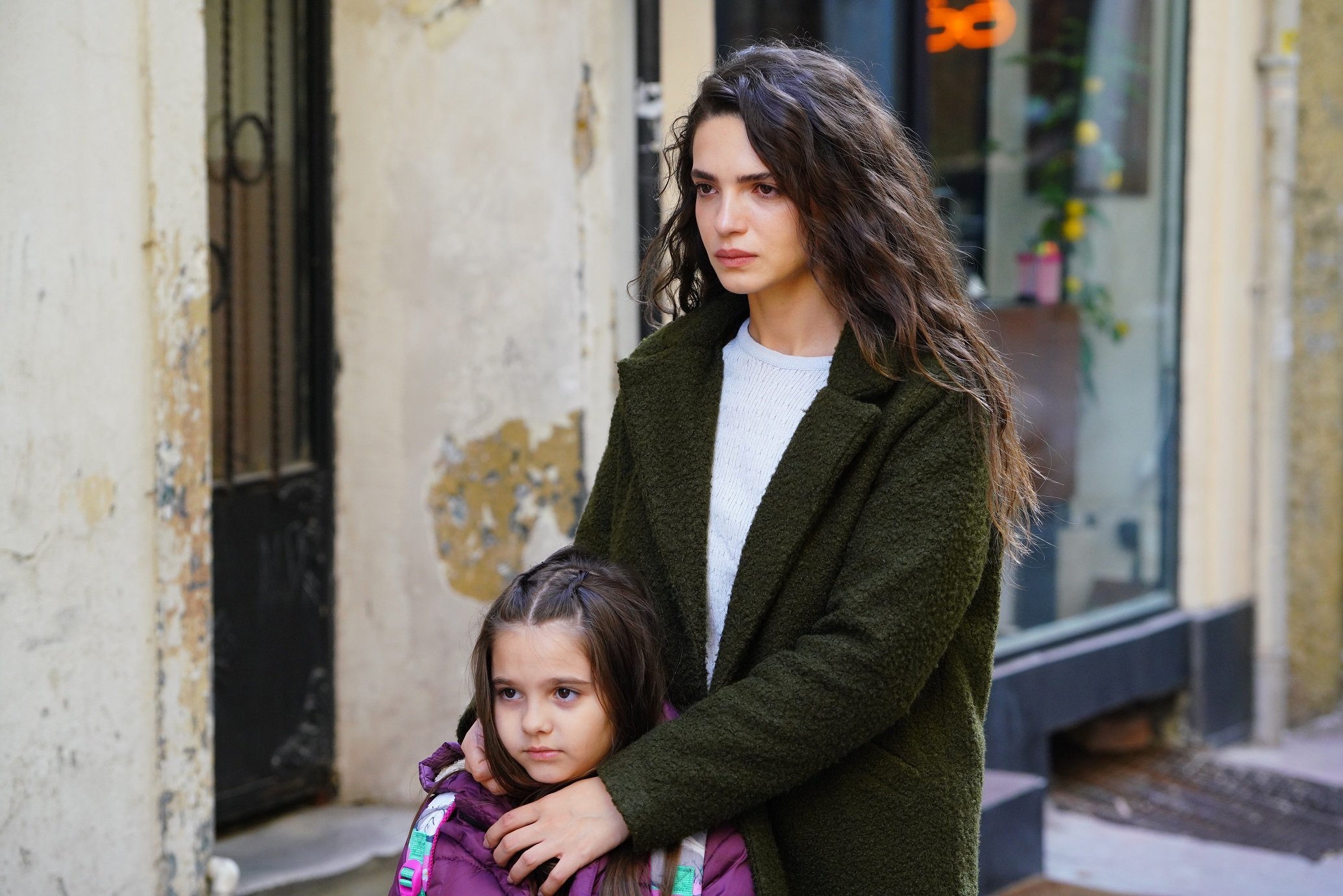 Chance of my life / Hayatımın Şansı

The Association for the Fight against Tobacco and Alcohol Addiction asked the prosecutor’s office to open a criminal case against Cem Yilmaz’s series ‘Erşan Kuneri’ on the grounds that the Netflix project encourages the use of alcohol and cigarettes. Representatives of the association accuse the creators of the series of hidden advertising 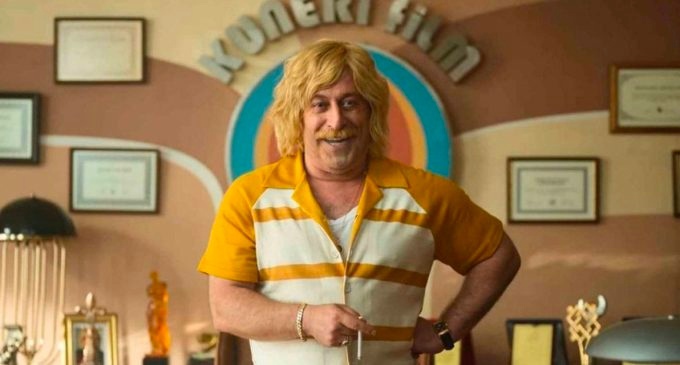 The Turkish press reports on the celebration of the birthday of the son of Hazal Kaya and Ali Atay Fikret Ali Atay and points to the rounded belly of the actress, who is expecting her second child. Fiko’s little sister Leyla will be born in 2.5 months 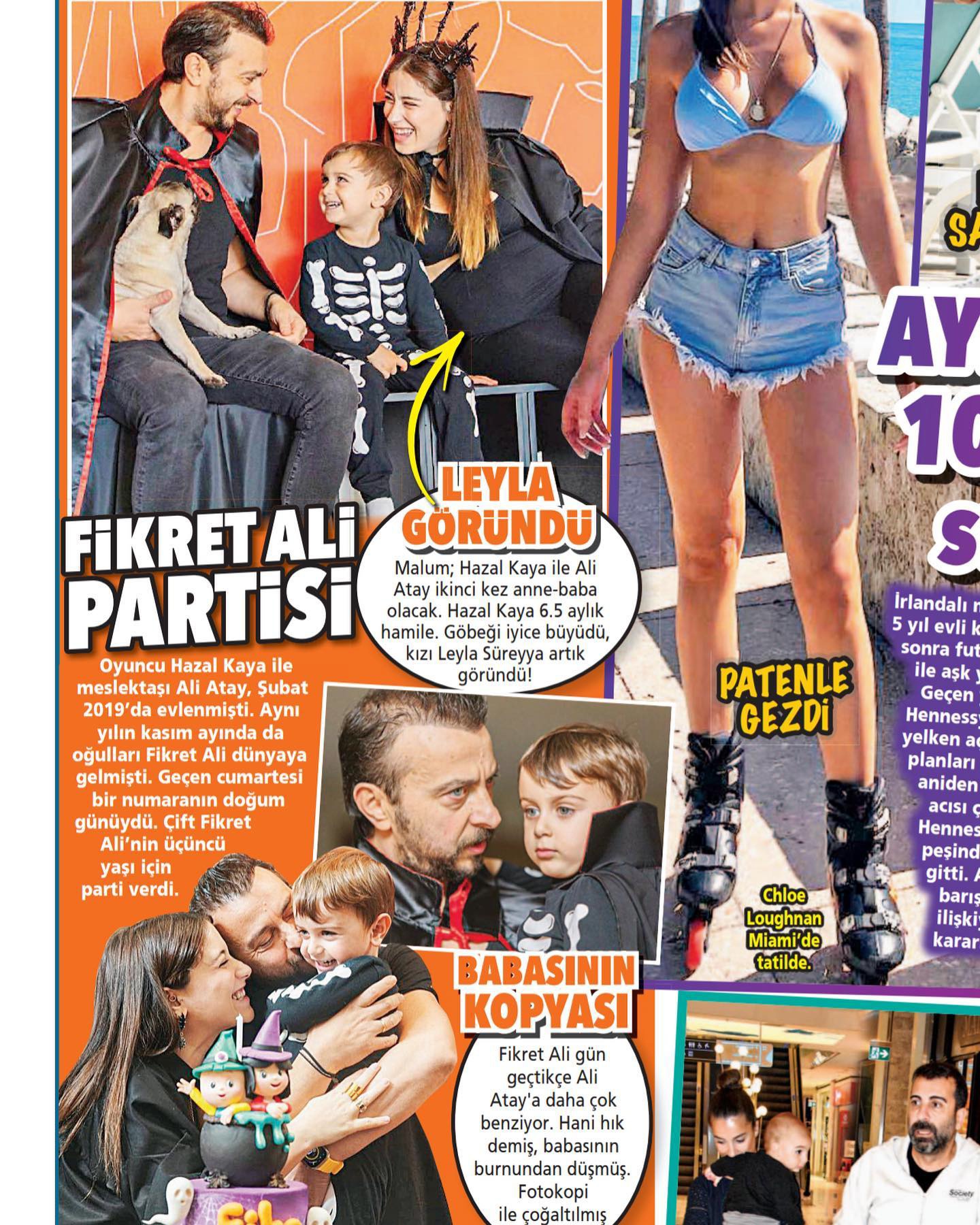 From today, Kanal 7 TV channel starts broadcasting the daytime series ‘Captivity / Esaret’. This is the story of Demirhan, who is trying to take revenge on the killers of his brother, but along with revenge, he also finds the captive Hira, taking her with him to Turkey 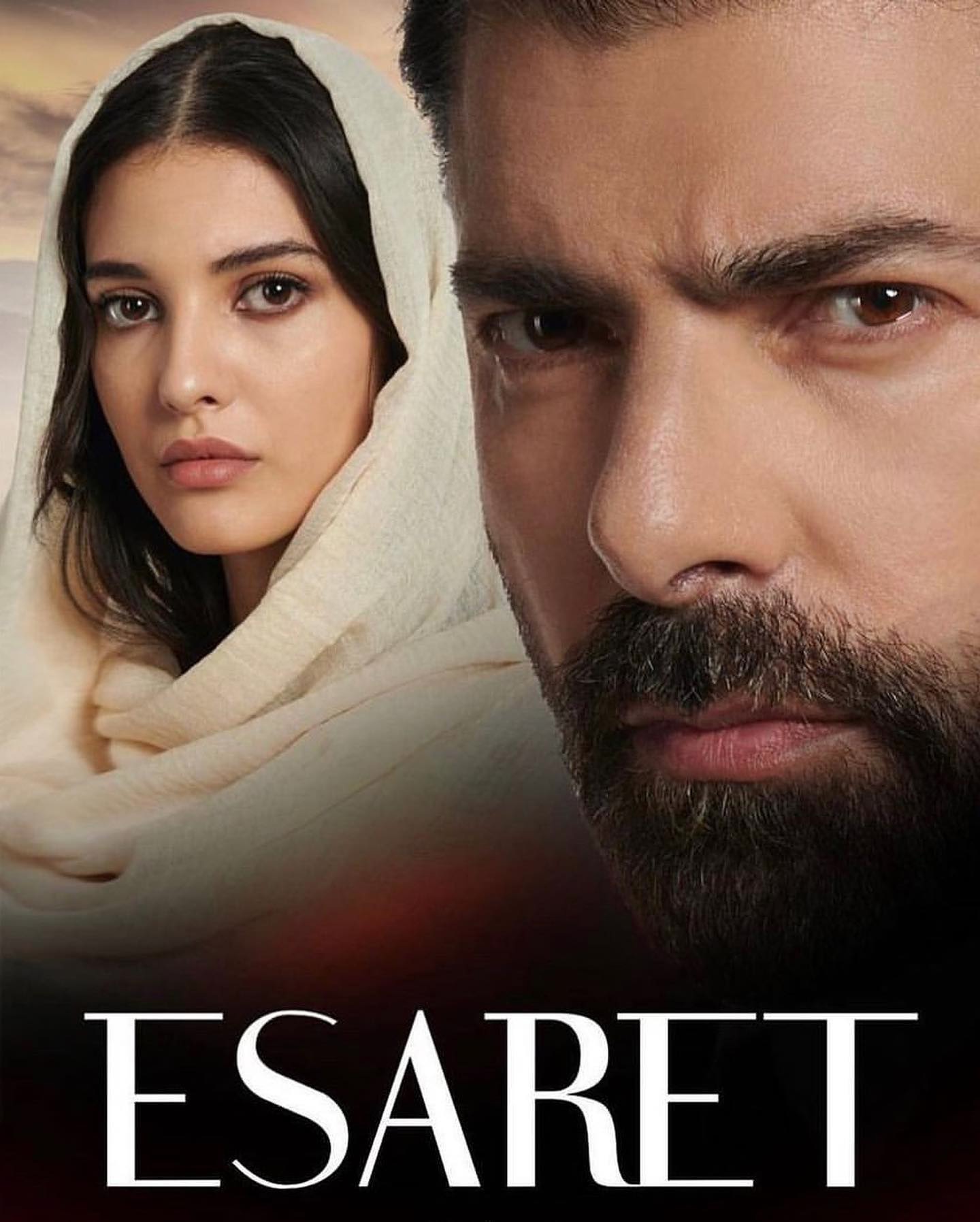 The night before, the paparazzi caught Dilan Çiçek Deniz’s ex-fiance Thor Saevarsson in the company of a young woman, and the relationship between them was very intimate. A little later, the couple approached the journalists and tried to find out what they needed and where they even came from, Thor insistently asked to see the phone. When they saw that they were being filmed, they quickly retreated to the hotel. 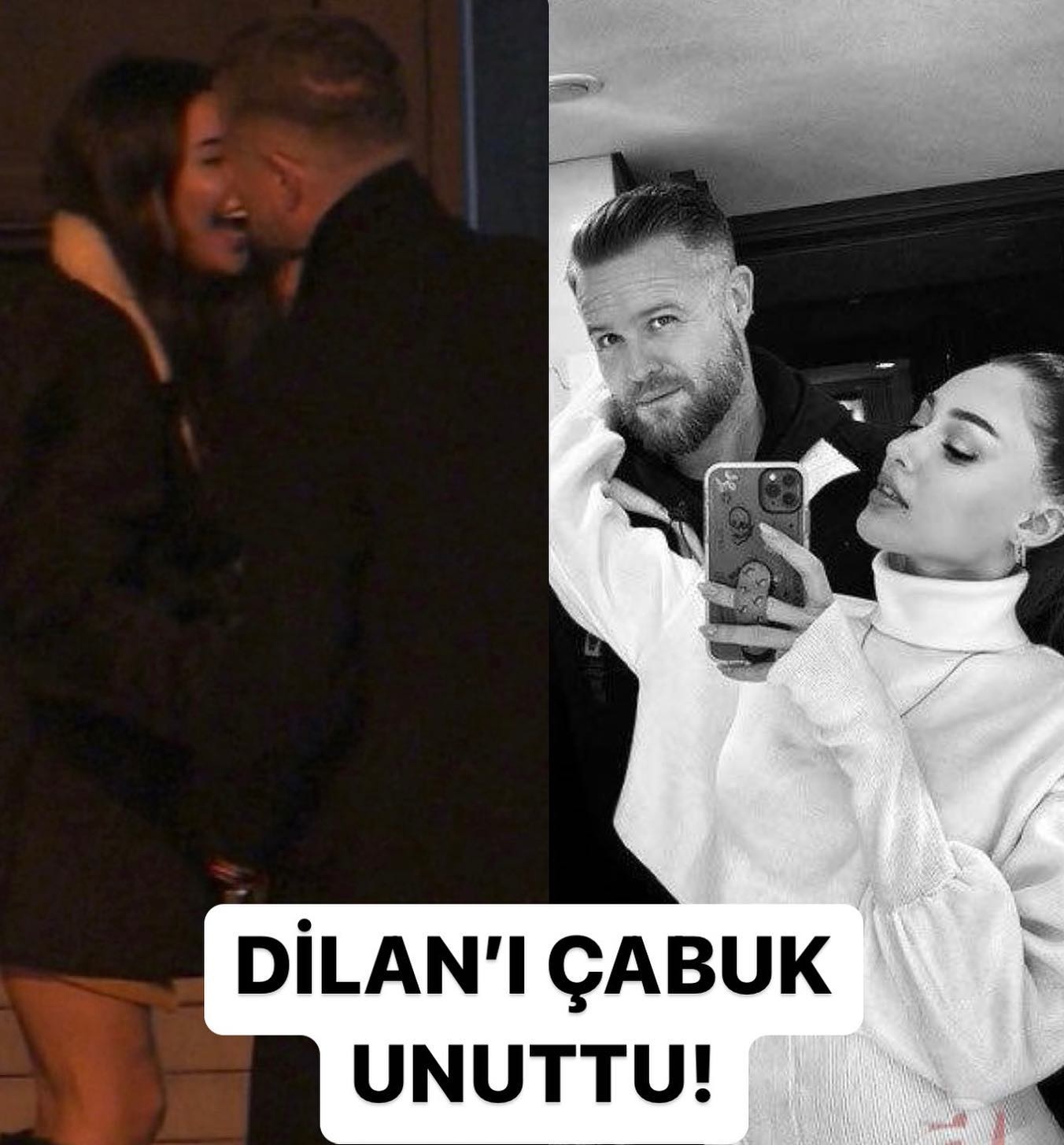 The troupe of the play ‘Trouble on My Head’, which was returning to Istanbul after a tour, got into an accident in the Amasya region. The minibus with the actors collided with a truck. Tolga Guleruz, Burak Topçu and Ozgur Karatas died on the spot, Sergen Deveci is in a very serious condition in the hospital, actors Ceyhun Fersoy, and Melis Isiten were injured, as well as four other members of the troupe. 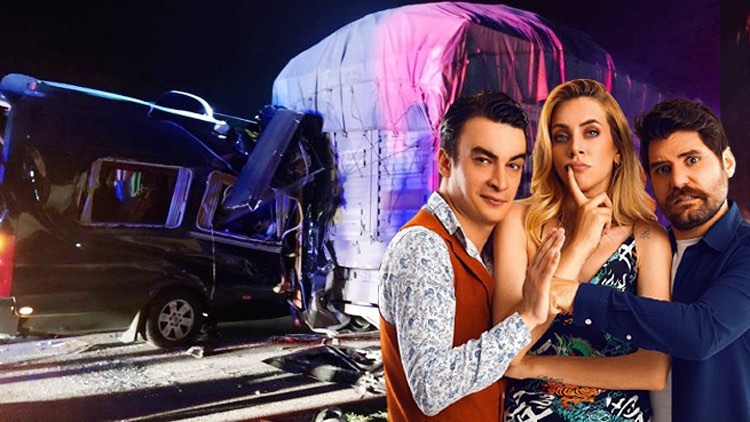 Trouble on My Head 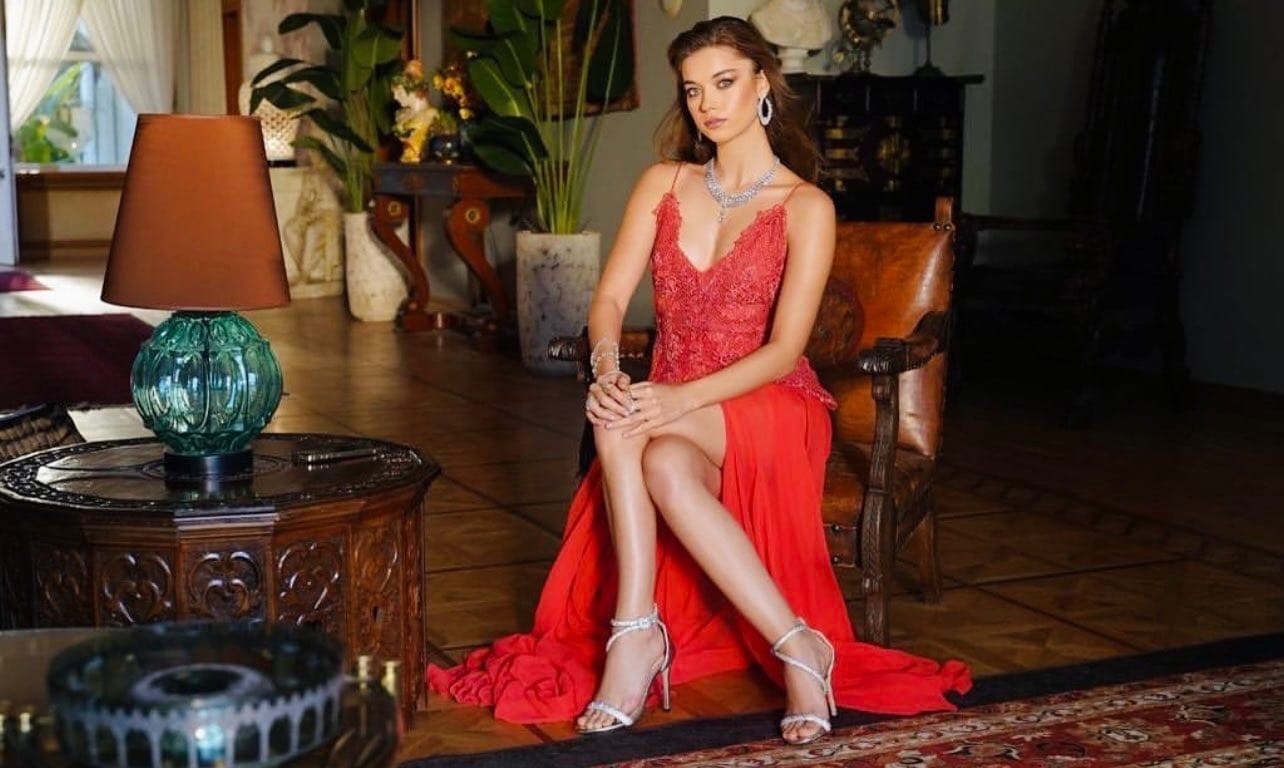 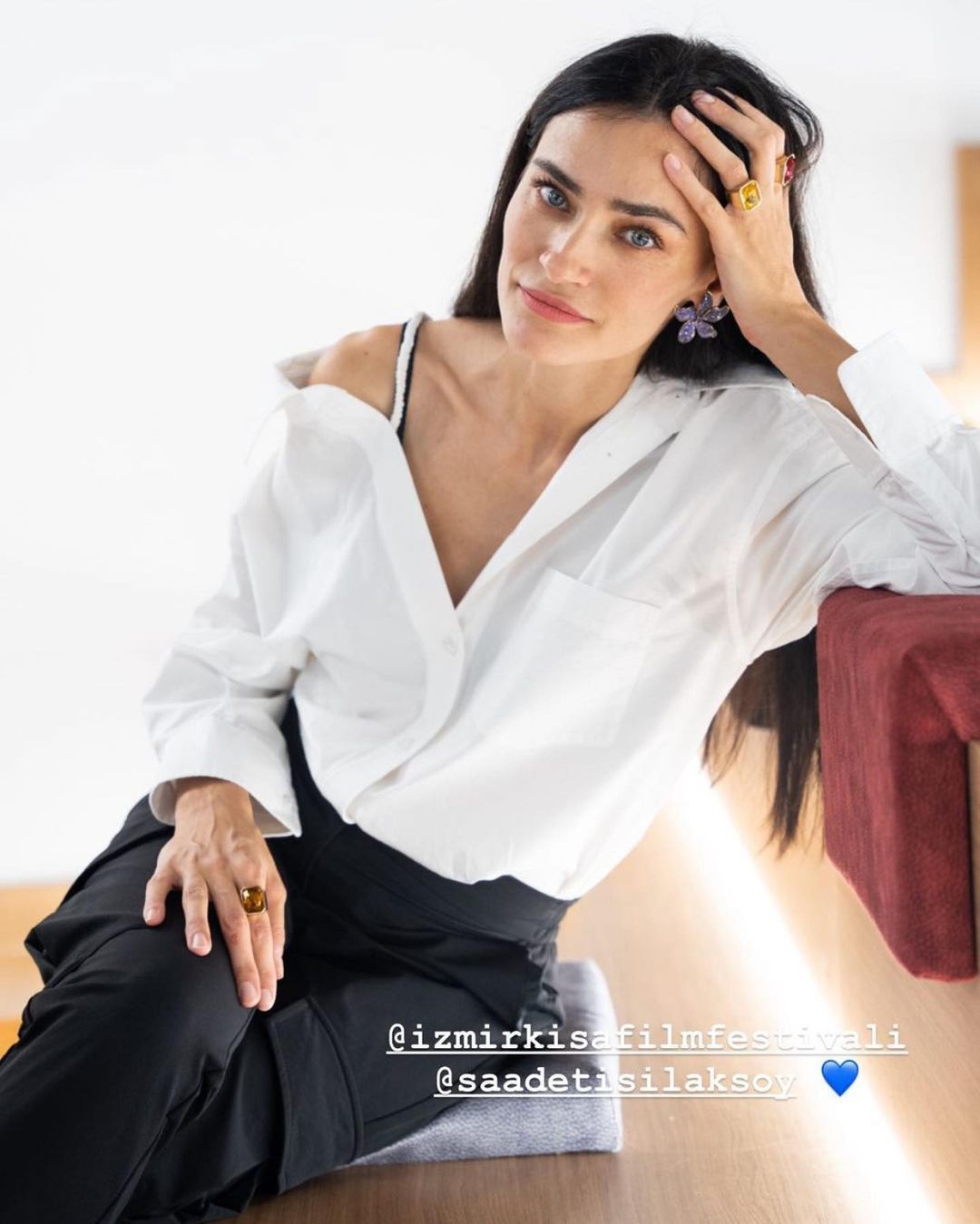 Serkan Çayoğlu, who is going to return to the screens in the TV series ‘The Legend of Love’, has updated his Instagram 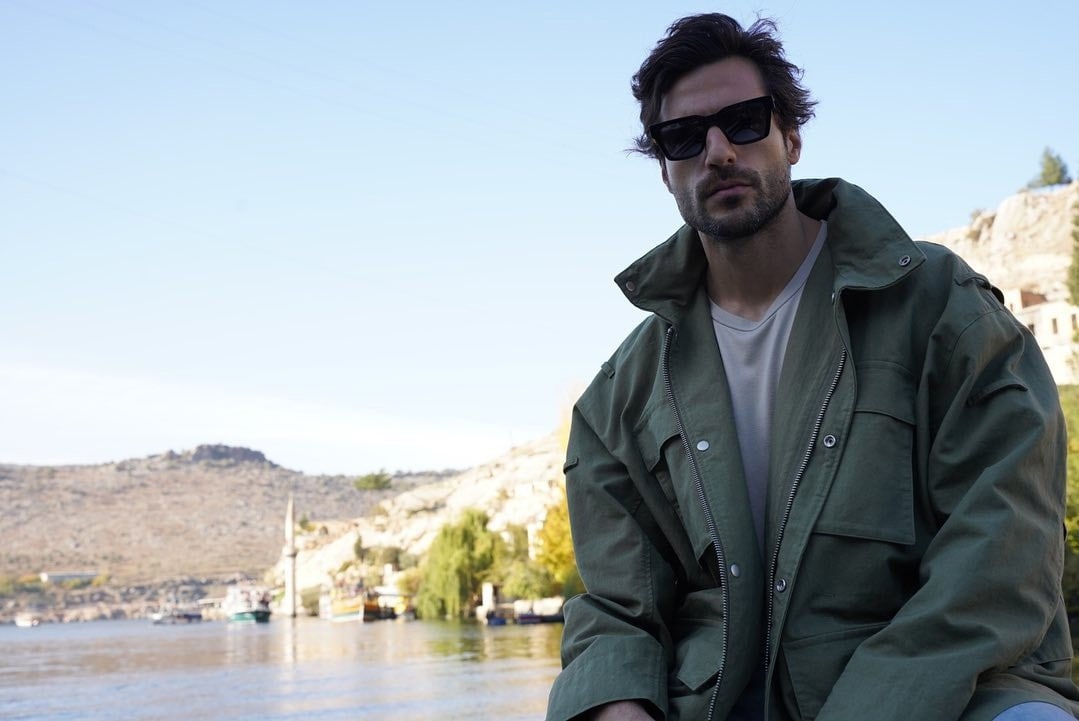 Merve Dizdar, who was married to actor Gurhan Altundasar for some time, admitted that her heart is now free, because there is absolutely no time to date anyone and fall in love 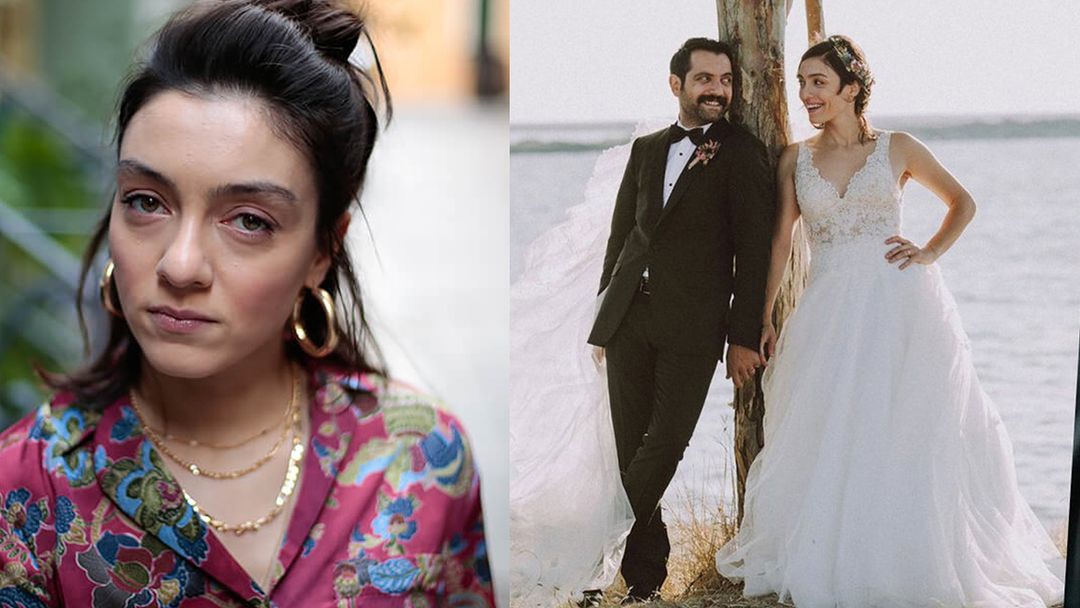 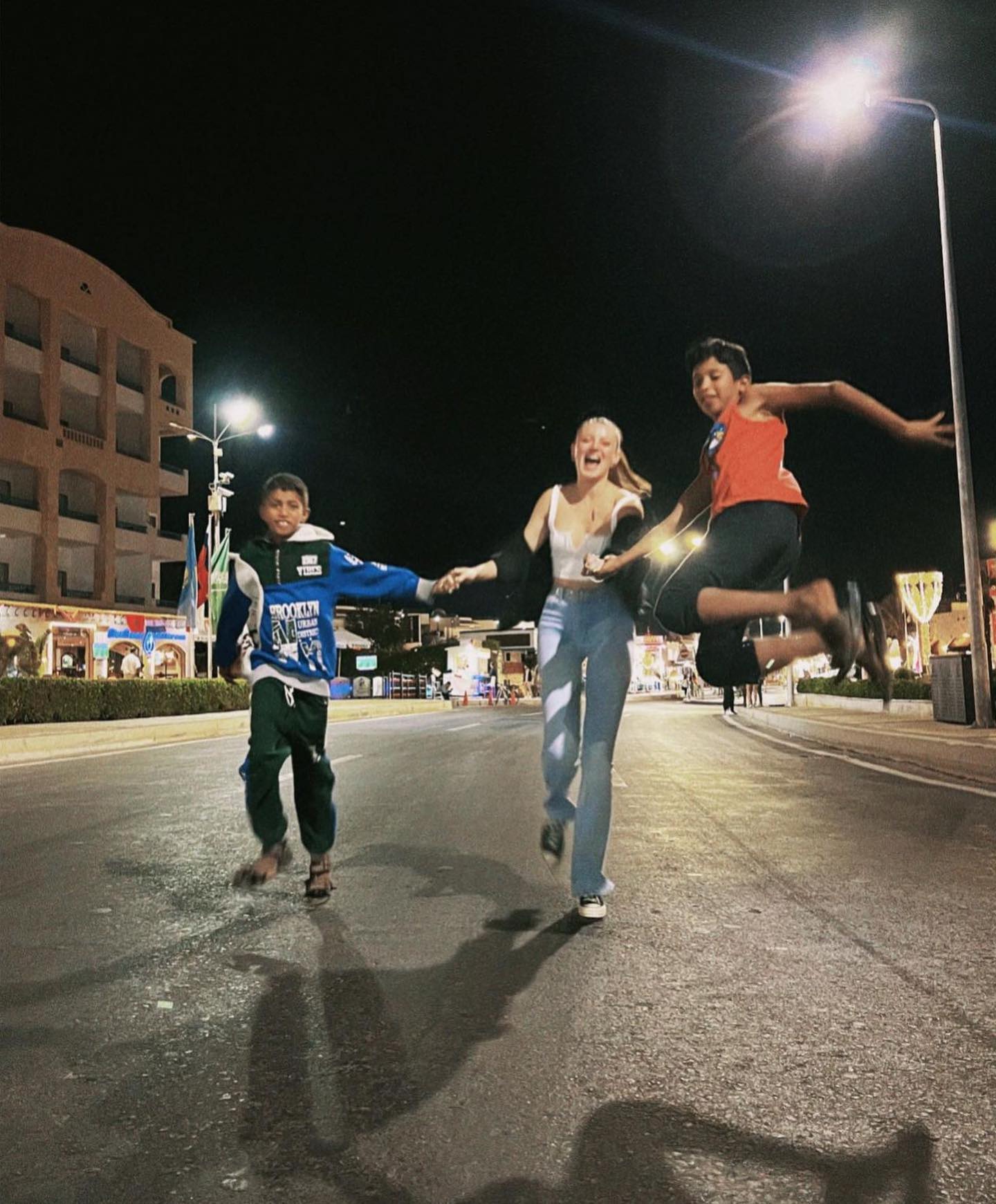 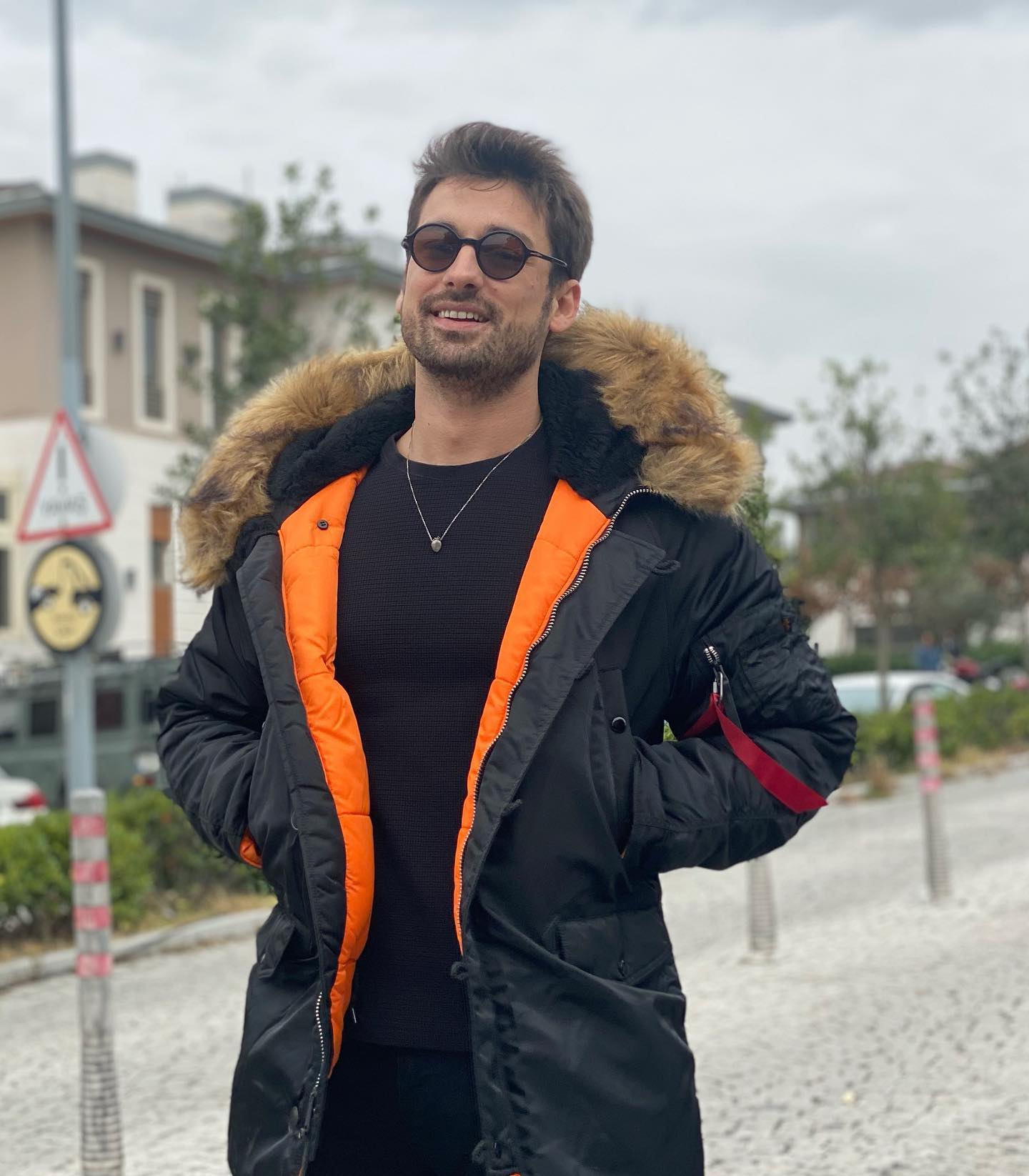 Bige Onal in the hands of make-up artist Onder Teriyaki 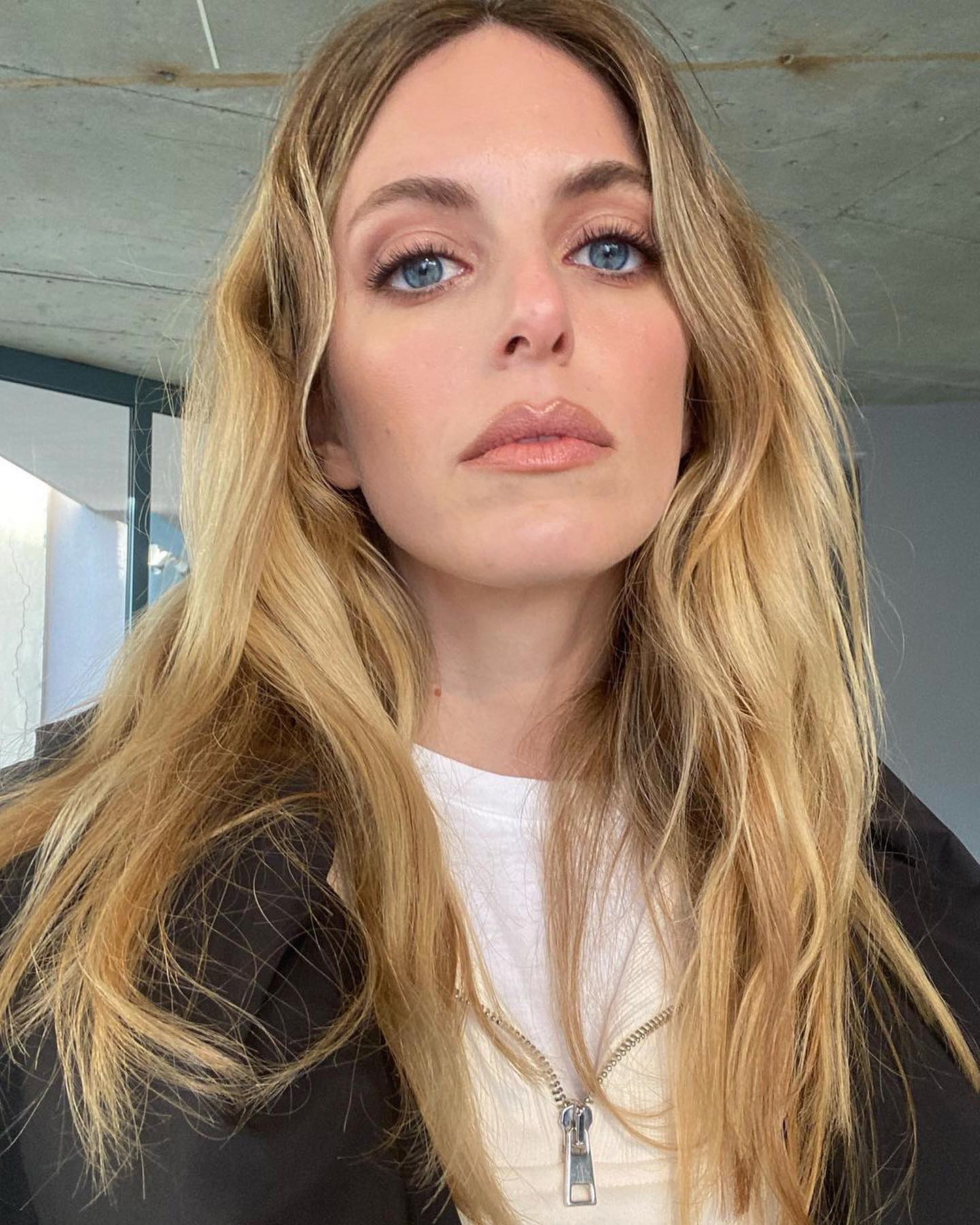 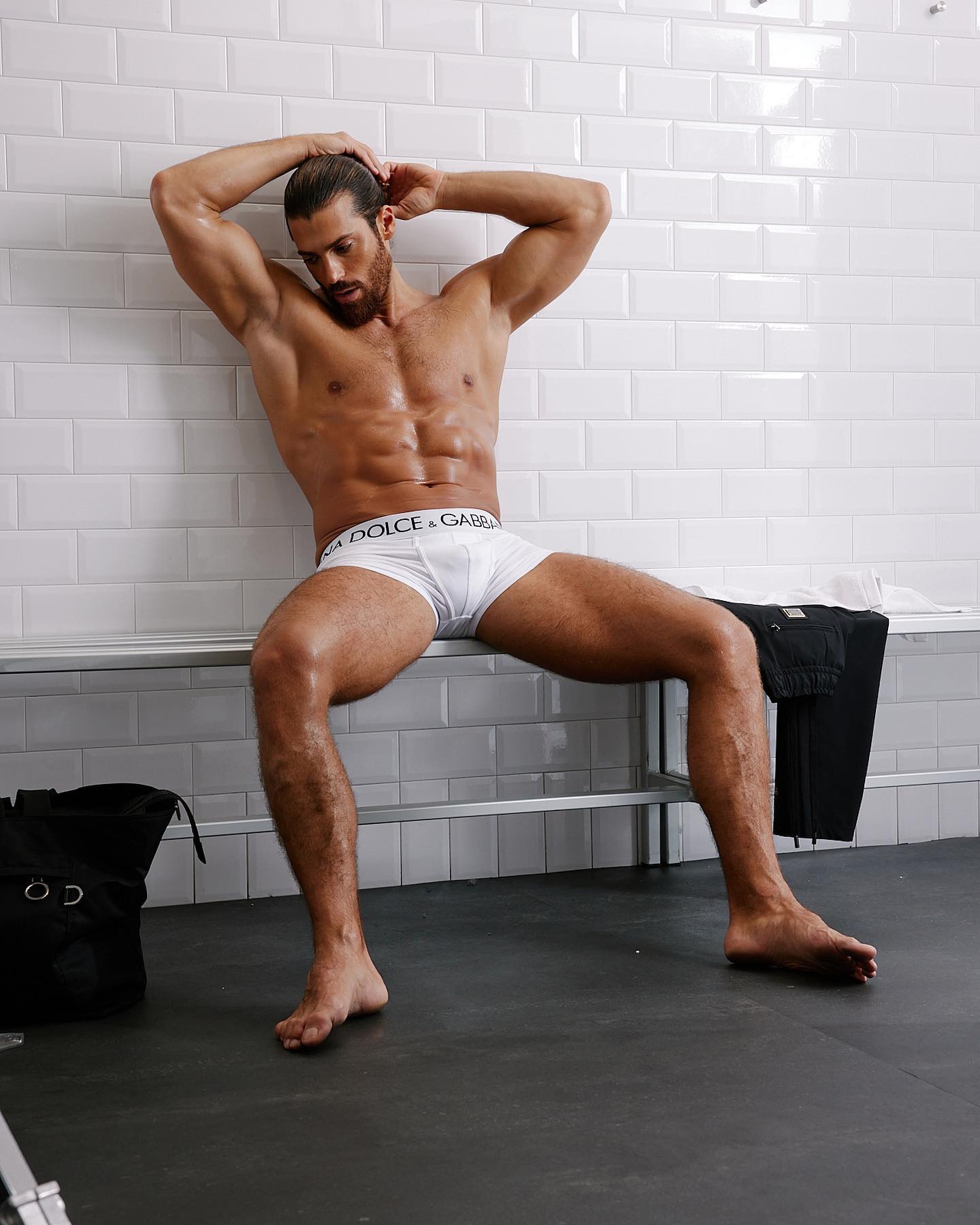 Hande Erçel – new photos. So far, Hande has not yet chosen the project, although she is already close to signing a contract. 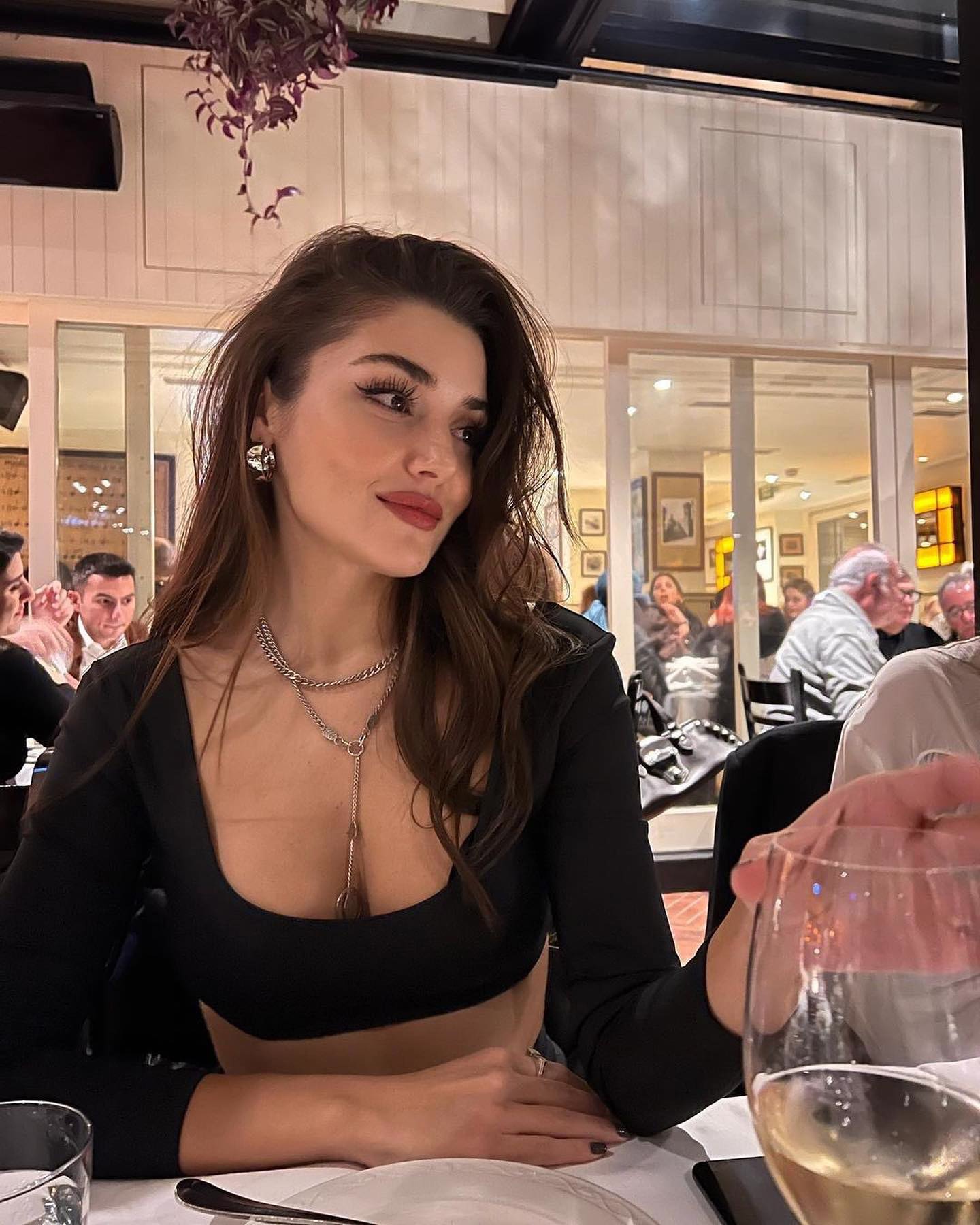 Cheerful Neslihan Atagül – new photos. It seems that the poor ratings of the series ‘At the End of the Night’ did not spoil her mood. 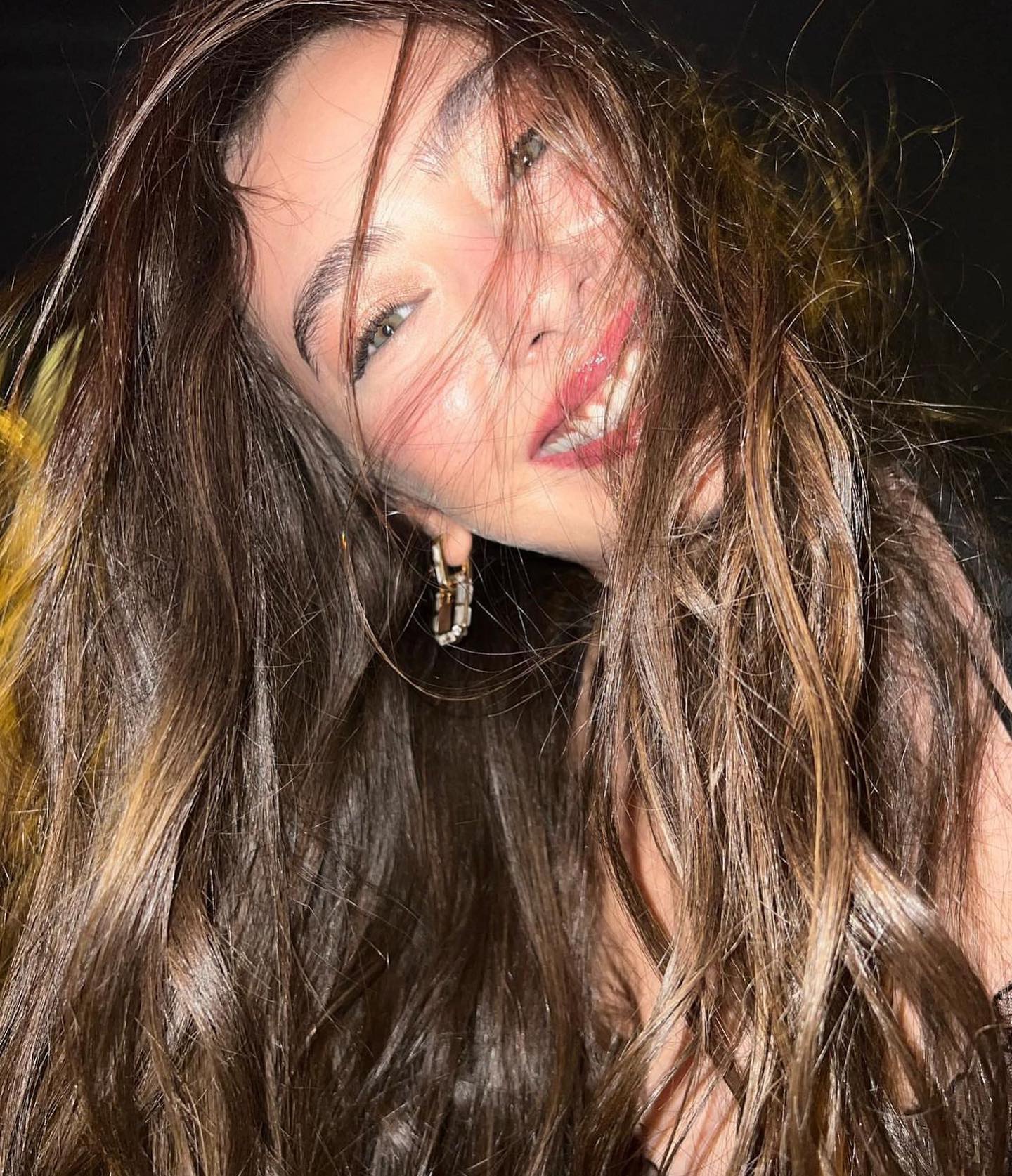