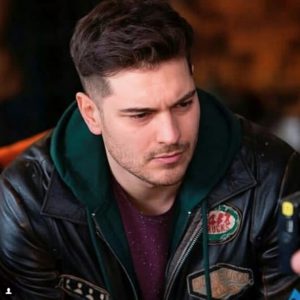 The Turkish tabloids are boiling with news about Çağatay Ulusoy’s “new love” and about “shock” of Duygu Sarisin.

The reason for the new wave of gossip was the fact that on the yacht of the actor in Marmaris was noticed an unknown girl who spent all day on it. However, Çağatay himself at the same time was busy on the set of the series The Protector, which ended late at night and could not be simultaneously in two places.

It is rumored that the girl on the yacht is the sweetheart of his manager Engin Aykanat Mirel. However, this is also probably far from the truth – Mirel is twice as thin as a mysterious stranger. In addition, she and Engin were also in Istanbul, where the manager was present at the end of the filming of the series The Protector, posting farewell photos on the Instagram.

Perhaps everything is much simpler. As we reported earlier – Çağatay was going to sell his yacht and it’s just new owners who are already updating the purchase and have nothing to do with the actor.