Fahriye Evcen will not be part of the Diriliş: Osman series 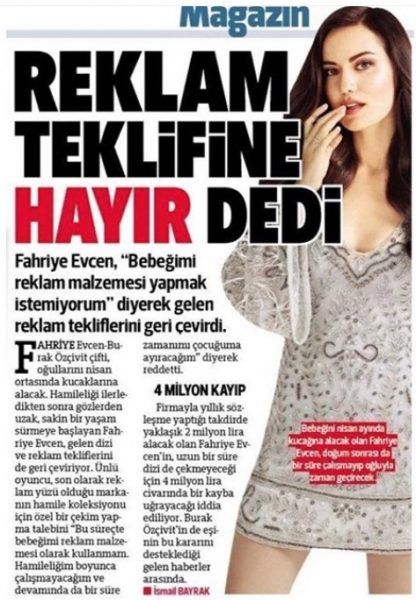 Fahriye Evcen will not be part of the Diriliş: Osman series

Married couple Fahriye Evcen and Burak Özçivit are waiting for their first babay. Already in April, the family will be replenished with another little Mr. Özçivit. The interest of the press and advertisers to the firstborn is expectedly great, but the actress decided not to speculate with her pregnancy and devote all her time to the baby. The son of Fahriye and Burak will not be seen by the viewers in commercials. Fahriye also decided not to work after giving birth and her husband supported her decision. Thus, the role of the wife of the founder of the Ottoman Empire Malhun Hatun will be played by another actress. Fahriye will play the main role in her life – mother and wife. According to rumors, the loss of the Özçivit’s family could amount to 4 million Turkish liras, however, in life, not everything can be bought for money.