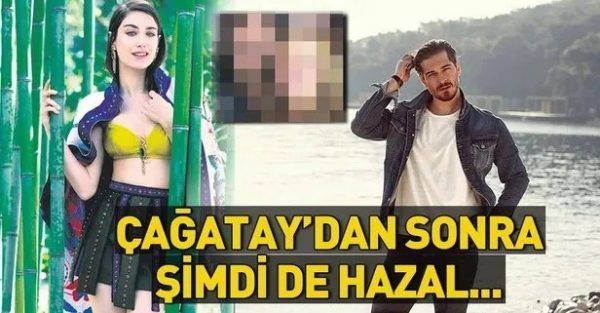 According to the Turkish media after Çağatay Ulusoy, Hazal Kaya signed a contract to work with Lori Lively, who will become the personal acting coach for a Turkish star. Recall that Lori trained Çağatay several months, preparing him for work on the TV series “The Protector”, and also became his close friend as she introduced the actor to many Hollywood celebrities, including director David Fincher. Also, Ms. Lively is the sister of a famous actress and singer Blake Lively and sister-in-law of Ryan Reynolds.

There is nothing surprising in the contract with Hazal since Lori has long been familiar with the actress (it was Çağatay who introduced them) and regularly posts messages under the photo of Hazal on Instagram. It is reported that in the near future Hazal will leave for the United States, where she will be engaged in acting training, and will also meet with Hollywood producers – these contacts were provided to her by the agency UTA, of which she is a client. It seems both Çağatay Ulusoy and Hazal Kaya will go to Los Angeles together in the month of May.