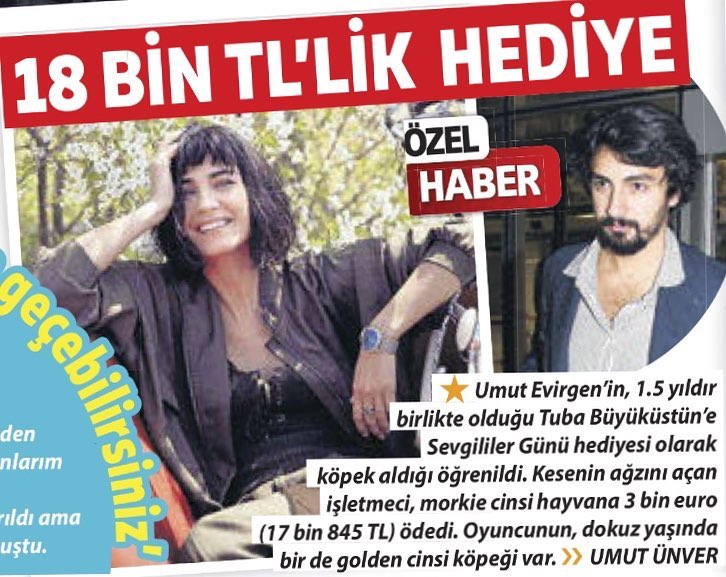 Umut Evirgen decided to present an unusual gift to his beloved Tuba Büyüküstün. On Valentine’s Day, he gave her a yorktese puppy worth 18 thousand Turkish lira (3 thousand US dollars). The actress already has a 9-year-old golden retriever. Recall that earlier there were rumors about a possible breakup of Umut and Tuba, and it seems that this news was released to the press specifically to reassure journalists that there are no problems in the relationship. Is it actually true time will show.