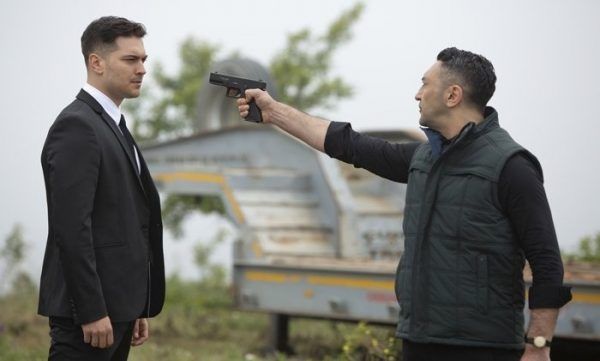 Netflix’s main PR manager for Turkey, the Middle East, and Africa Artanç Savaş gave a new interview to Sozcu magazine, in which he revealed the future plans of the Internet platform in Turkey.  Mr. Savaş is impressed with the involvement of the Turkish audience. According to sociologists, subscribers continue to watch Netflix series not only at home, in public transport, but even in the toilet! And in the toilet Netflix watching a solid 7% of the audience.

The management of Netflix was particularly impressed with the undoubted success of the first joint project The Protector, that in the first month was watched by 10 million accounts on the platform and this figure continues to increase. And they watch the series not only in the Middle East but also in Latin America, Europe, and the USA. In the following seasons, Netflix intends to significantly increase the number of languages in which subtitles and the dubbing of The Protector will be available.

Of course, journalists were also interested in the future plans of the platform. According to Mr. Savaş, Turkish producers are able to give stories to the international audience that they will watch with delight. Turkey is a priority in creating Netflix original content. A new series starring Beren Saat is being prepared and Netflix management has high expectations from this show.

While the company is not ready to announce the start of the first Turkish film, however, Netflix’s doors are open for any collaboration that will make the platform users happy.

Note that this is not the first time when Netflix’s management gives a very evasive answer about the first joint movie, that causes questions to the audience: is this position connected with the fact that while the actors who will be part of the cast have other obligations? Recall that Netflix kept the same silence about the partner of Çağatay Ulusoy in the series The Protector. The official announcement was made the day after the series of Ayça Ayşin Turan was finished. Is there any possibility that the situation is similar in the case of the movie? In this case, the official announcement can be expected at the end of May, when the Turkish TV series will go on vacation