Çağatay Ulusoy opens a business in the USA 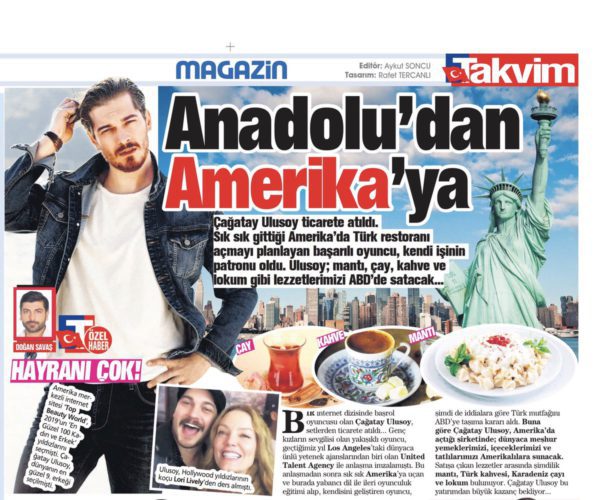 Çağatay Ulusoy opens a business in the USA

He will present Turkish products on the American market, including Turkish coffee, Karadeniz tea, Turkish delight, and other delicacies. Unlike his colleagues, Çağatay decided to open not only a restaurant but also a chain of stores in which they would sell Turkish products. Thus, the Turkish national cuisine “from Çağatay Ulusoy” will be fully presented.

However, Çağatay did not forget about his main profession. On April 26, Netflix will present the second season of the series The Protector to the audience. A month later, the shooting of the third and fourth seasons of the series begins. Also, Çağatay, who is a client of the most famous US acting agency UTA, is negotiating to participate in Hollywood projects. Apparently, the actor is not going to return to Turkish TV series, fully settled in the United States.

READ  Good news for the fans of The Protector series