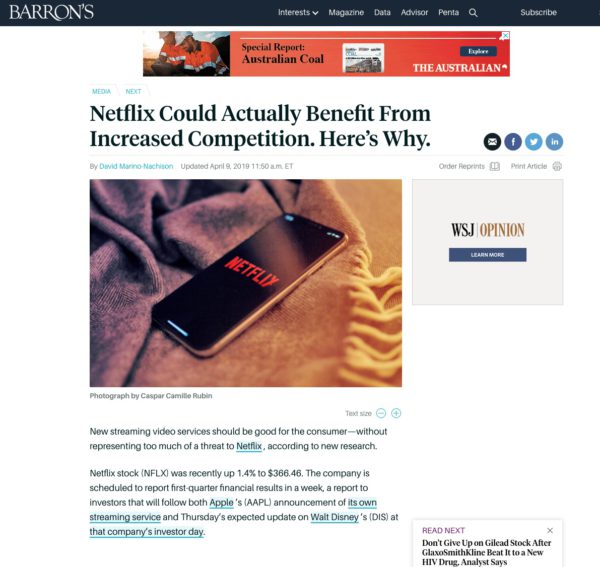 The largest financial analytical magazine Barrons, published by Dow Jones & Company (the world’s leading financial information agency, publisher of The Wall Street Journal. Included in the news holding News Corp.) publishes a new financial outlook review of Netflix, indicating that the Internet platform will not lose the audience due to the arrival of competitors but on the contrary will increase it.

According to the analysis, other Internet platforms are more designed for a family audience, while Netflix is meant for adult viewers. Thus, an increasing number of viewers are joining the culture of Internet platforms which are replacing traditional television. 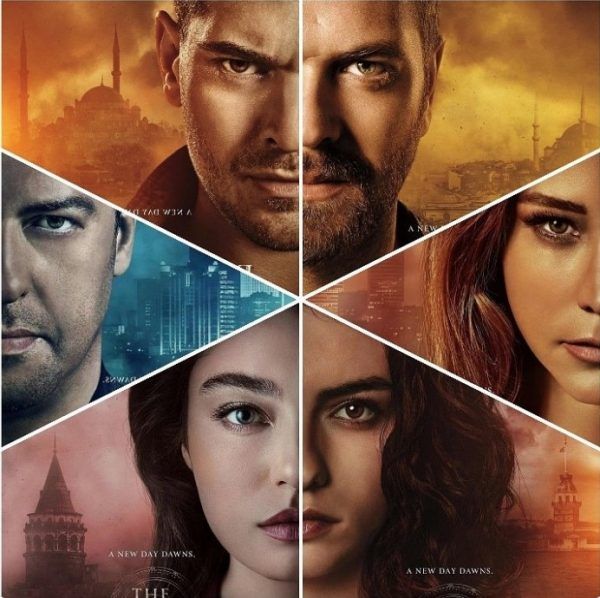 Recall that the past month the analysts advised buying Netflix shares and they were right: stocks increased in price, the audience of the platform is also increasing. Moreover, analysts called Netflix’s original series, such as The Protector, Baby, and Bodyguard, as catalysts for the growth of the audience (and stock prices). All three series are examples of how foreign projects that were originally intended for “their” audience have gone beyond their territories and are successful around the world, including the United States.

So, the Turkish TV series The Protector has turned from an ordinary entertainment project into a tool for analyzing the growth of a multi-billion dollar company.