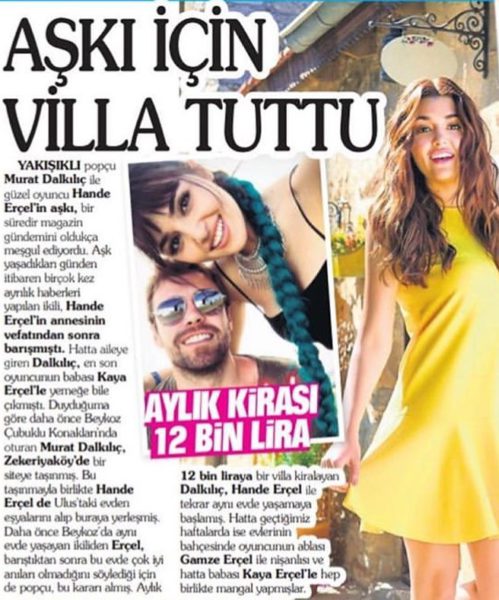 According to the Turkish press, Murat Dalkılıç rented a villa in the Zekeriyaköy district, near the house of his beloved Hande Erçel for 12 thousand lira. And Hande already moved to a new home, finally reconciled with Murat.  According to neighbors, they saw how Hande, her sister Gamze, their father and Murat Dalkılıç organize a picnic with a barbecue on the front lawn. We remind that earlier Murat lived in the Beykoz district, however, this house caused unpleasant memories for Hande, so he decided to meet his girlfriend and relocated.