Kubilay Aka sued the fan 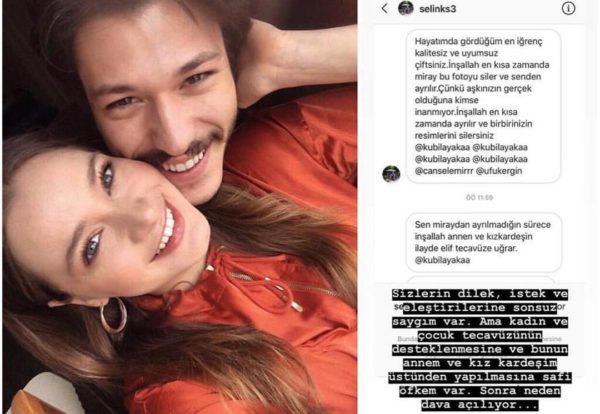 Unfortunately, among the “fans” of the actors there are also not very adequate people who are ready to trample their idol for the fact that he lives his personal life without asking their permission for that.  One of the fans of Kubilay Aka wrote to the young actor that he should break up with Miray Daner, since he considered their couple disgusting and of low quality. He wished with all of his heart that  they break up, and at the same time he added that he hoped until this happened mother and sister of the actor would be raped.

Kubilay, like a real man, said that he was responding positively to criticism, but did not intend to tolerate a disrespectful attitude towards his loved ones. He has already appealed to a lawyer, who will take all legal measures to resolve the issue with such people in a Turkish court.