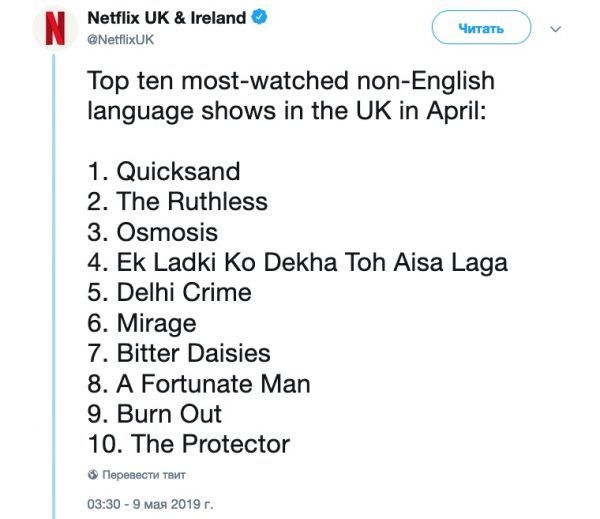 From May 2019, Netflix will share the ratings of TV shows and movies that are shown on the Internet platform weekly. While the experiment is being conducted in the UK, however, until the end of the year it will be distributed to all countries where you can subscribe to Netflix.

The published results undoubtedly pleased the fans of the series The Protector that second season was released on April 26. As it turned out, even such a small period (only four days before the end of the month) allowed the Protector to get on the list of the ten most popular non-English-language TV shows and films of Great Britain in April 2019. Note that earlier the platform reported that the first season of the Turkish TV series was particularly popular in Canada, France, Israel, Latin America, but the United Kingdom did not figure in the list of countries where the Protector was successful.

Also, at the moment, the Protector series is one of the ten most popular fantasy series in the International Movies Database.