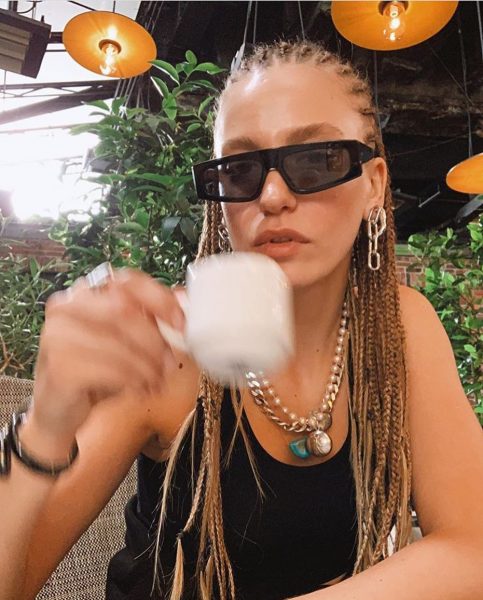 Journalist Bilal Ozcan revealed information about the future plans of Serenay Sarıkaya. Currently, the 28-year-old actress does not want to maintain a long-term relationship with anybody, since her plans include a further career in Hollywood. However, it will be very difficult.

According to Mr. Ozcan, last year, Serenay met with a very famous coach of Hollywood stars, who dissuaded the actress, saying that her acting skills are not good enough, she is limited to certain roles. And he does not think that she can play something else. In addition, the face of Serenay is not attractive enough. She may be known in her country, but she is unlikely to become an internationally recognized actress.

According to Mr. Bilal Serenay decided to participate in the musical “Alice in Wonderland” because of this conversation, trying to prove that she could become a Hollywood star. As far as she succeeded, we will know very soon. Recall that the actress is currently in New York on vacation. Maybe not just on vacation?