The cast of the series Hercai met the real princess 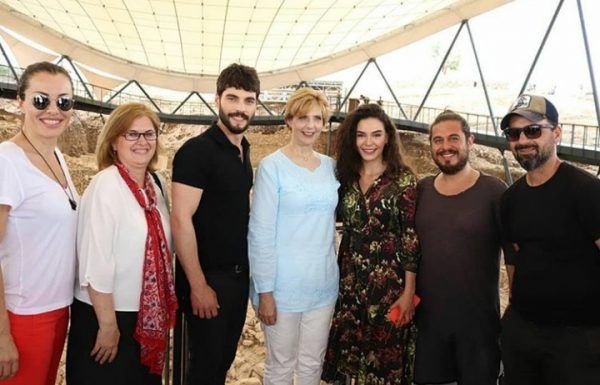 The cast of the series Hercai met the real princess

Romanian Princess Maria visited Syria and the south-east of Turkey. Visiting the world-famous temple complex Göbekli Tepe, she was photographed along with the crew of the Hercai TV series, that was filmed in Urfa.

It should be noted that Romania was the first to buy the right to broadcast the show Hercai. The series recently began broadcasting in this country and seems to be very popular with the Romanian audience. It is not surprising that the princess wanted to get to know the main actors in the project Ebru Şahin and Akın Akınözü. She also spoke with the producer of the series Banu Akdeniz and the director Cem Karci, thanking them for their excellent work.

At the present time, the Hercai is one of the most popular TV shows in Turkey, along with the Resurrection: Ertugrul, The Bitter Lands, The Pit, Woman, and The Oath. The series made the season finale last week and will return to the air in the fall, continuing to delight its viewers with an incredible story that takes place in the Mardin’s beautiful landscapes.