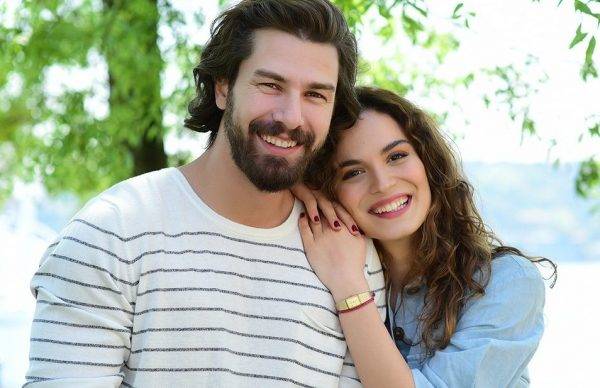 Alps Navruz does not waste time in Moscow. As it became known the young Turkish actor became friends with Miss Russia in 2019 Alina Sanko. They started follow each other on Instagram, walked around Red Square and visited a restaurant.

Shooting of the new Netflix series “Love 101” will begin on June 26 in Istanbul. The plot will take place in the 90s of the last century. This is the story of five young people. Two more actors on the leading roles not found yet

Ai Yapim TV Company and Netflix Internet platform are starting to shoot a new youth series Love 101. The leading roles in the series will be played by Mert Yazıcıoğlu, Kubilay Aka and Alina Boz. Director is Ahmet Katıksız, screenwriter is Meriç Acemi

Yesterday the scenes with Miray Daner on the set of the Netflix series The Protector were shot. Also Helin Kandemir, whose character was killed in the second season was on the set Demet Özdemir and Can Yaman at the Quality magazine awards

Demet Özdemir and Can Yaman

The new film of  Gupse Özay will appear in cinemas in Turkey on January 31, 2020

Father of Deren Talu made his daughter a strong reprimand for too frivolous photos on social networks. However, it seems the daughter does not intend to follow the advice of her father and again publishes bold photos.

After the picture of Hazal Subasi and Ali Yağcı appeared in the network, many people ask: are they together or are they just friends?