Hazal Kaya and Elçin Sangu had dinner together 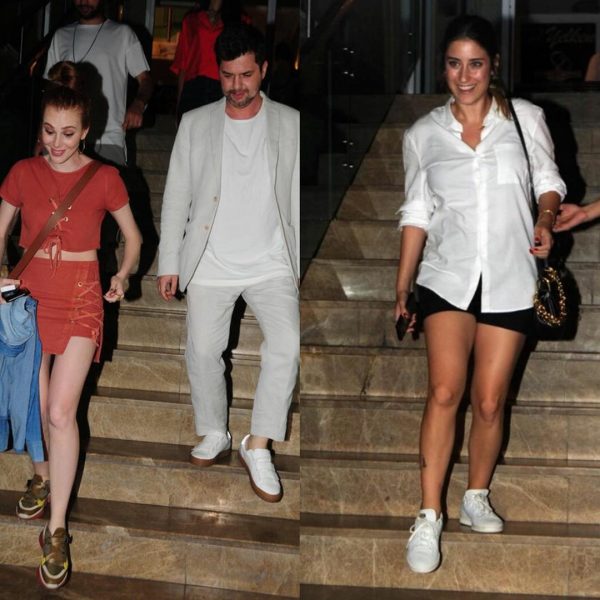 Last week Hazal Kaya, Burcu Biricik, Demet Özdemir, Elçin Sangu, Selma Ergeç, Ilknur Seref, and others attended the opening of the Commun boutique owned by stylist Rutkay Ozis, Aysun Gungor and the beloved of Elçin Sangu Yunus Özdiken. We remind you that Rutkay is a stylist for many celebrities of Turkish show business, so their appearance at the event was not astounding.

Of course, of particular interest was the appearance of Hazal Kaya who is in the fourth month of pregnancy. Alas, the attention of reporters remained unanswered, the actress chose to politely wish them easy work, but refused to answer questions. Journalists only noted that she was even more beautiful when she was pregnant.

After the opening of the boutique, Elçin Sangu, Yunus Özdiken and Hazal Kaya went to dinner at one of the fish restaurants in the Yeniköy district. At the exit from the place, Elçin admitted that they were in contact with Hazal almost every day. However, whether she is going to get married and to have children actress chose to smile and remain silent.