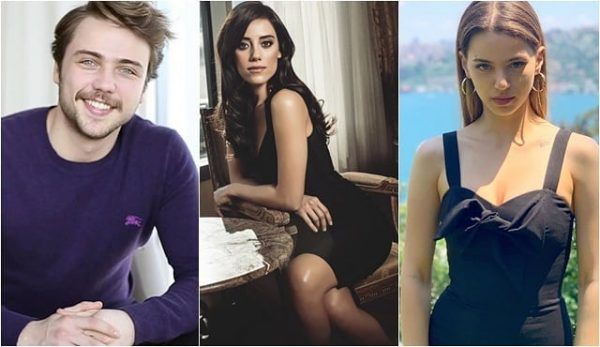 She was offered the leading roles in the biggest projects. She was seduced by huge fees. However, the superstar of the Turkish screen Cansu Dere decided to play the supporting role in the series, where she will become a co-star of Tolga Sarıtaş. Why?

Cansu Dere, who for a long time could not find a suitable script finally made her choice. And for many fans it was a complete surprise. One of the brightest and most successful stars of Turkish show business, who  played in such super hits as Sila, Ezel, Mother, decided to join the project Ferhat and Shirin / Ferhat ile Şirin starring Tolga Sarıtaş and Leyla Tanlar.

This is a joint production of O3 Medya and Artistanbul Medya. This is Artistanbul’s first project as a series production company. Previously, the company was known as one of the most successful acting agencies in Turkey. It represents the interests of such actors as Tolga Sarıtaş, Aras Bulut İynemli, Engin Akyürek, and many others. The director of the series is Mehmet Ada Öztekin, known for the film “Miracle in the 7th chamber.” The scriptwriter is Savaş Korkmaz. The series will appear on Fox TV in November-December this year. Isil Yucesoy and Yildiray Sahinler are also in the cast of the show.

Many were surprised by the decision of Cansu to go on the supporting role of the sister of the main character Banu. However, we recall that in the previous adaptation of the famous legend of love, the biggest star of the Turkish screen Turkan Soray played the same role. It seems that it was precisely the contradictory character of the evil genius that convinced Cansu Dere who is famous for her ability to find successful scripts. The main thing for her is not status, but interesting work.

Will Ferhat and Shirin become a big hit? Did Cansu Dere make the right choice this time? How will the classic novel be adapted to the present? We will learn about this very soon.