Hazal Kaya: “My eyes are full of happiness” 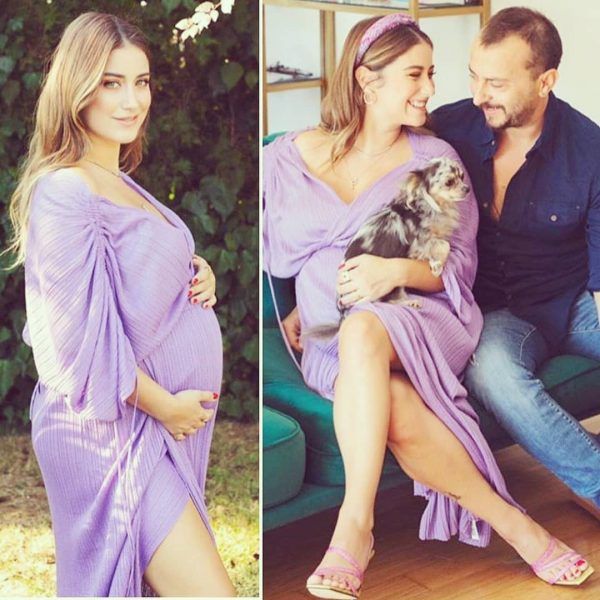 Hazal Kaya, who will soon become a mother, thanked her fans on Instagram for wonderful birthday gifts.

October 1, the actress celebrated her 29th birthday with her beloved husband Ali Atay. Recall that Hazal and Ali got married on February 6, and shortly afterwards, the young woman got pregnant. A married couple expects the birth of their firstborn Fikret Ali in November.

A lot of friends of the actress, including her former colleagues Ceyda Ates, Burak Deniz, Songul Oden, Selçuk Yontem and many others congratulated her personally and on social networks. Among the congratulations was the acting coach Lori Lively, who is personally acquainted with Hazal and is rumored to teach her after the birth of the baby. Another student of Lori Lively Çağatay Ulusoy liked the post.

Fans in their own way expressed their love for Hazal. They made their contribution to the funds for helping children and animals, and even took care of a panda on behalf of the actress, which especially touched her. In gratitude, she posted some very personal photographs with her husband, writing that she had experienced a lot over the past year: illness, weddings, pregnancy, and most importantly, she found a life partner she always dreamed of. Yesterday, when she was cutting a birthday cake, the baby kicked her in the stomach. This is an amazing feeling, her eyes are full of happiness. Hazal thanked for the wonderful gifts on her own behalf and on behalf of her son and boasted that now she and the baby have a panda.

In just 24 hours, a new photo of Hazal has collected more than a million likes on social networks. Users admire the beauty of the actress, which became especially noticeable during pregnancy.

Hazal approaches motherhood with great responsibility, attending various seminars that help her better understand the baby’s behavior. Yesterday, she attended the seminar “Why Children Cry”, conducted by psychologist and writer Aleta Salter. Hazal listened attentively to the presentation, taking notes. This event is very important for her, as it helps her to prepare for the birth of Fikret Ali in the best way.

When will Fikret Ali be born? Will Hazal devote herself to raising a baby or continue her career? We will learn about this very soon.