Will Hazal Kaya work in the Spanish series by Timur Savci? 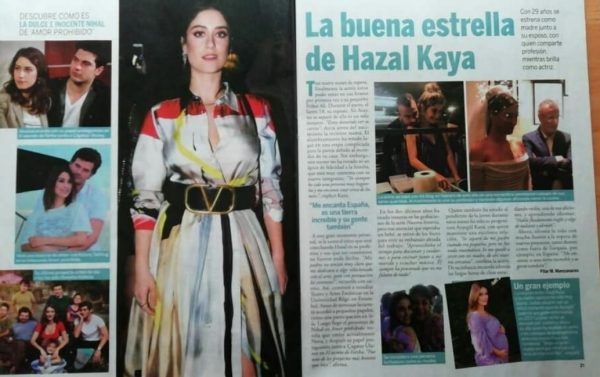 She is one of the most beloved Turkish actresses in the world. Many are looking forward to her return to the screens. When can Hazal Kaya return to the series and what project will she choose?

In a recent interview for the Spanish magazine Telenovelas, Hazal Kaya admitted that after finishing work on the TV series Our Story / Bizim Hikaye, she took a short break to take care of herself and her family, but she was preparing to return to work both in Turkey and abroad. For example, she really likes Spain, and she does not mind working in this country.

Recall that along with Beren Saat and Cansu Dere Hazal is one of the most famous and beloved Turkish actresses in Spain. Currently, TIMS & B, known for projects such as The Oath and The Bitter Lands, is preparing a collaborative project with the Spanish company Plano a Plano. However, despite the fact that many viewers are already hoping for the return of Hazal in this series, their hopes will most likely not come true. Hazal recently became a mother and in the next six months is unlikely to return to the set.

However, there is good news: Timur Savci’s cooperation with Spanish producers is not limited to a single show. Two companies signed an agreement in Cannes on the production of joint projects, creating a new company. Therefore, Hazal does not have to rush to the very first series of a new company, the shooting of which will begin in the winter. Timur Savci had previously expressed his desire to work with the actress and even invited her to the series “The Magnificent Century. Kesem”. However, she was bound by obligations with Medyapim company and was preparing to work in the series “Our Story” / Bizim Hikaye.

Now, Hazal can again consider Mr. Savci’s proposal, especially since her husband Ali Atay is constantly working with the creator of the famous “Magnificent Century” series, directing films produced by TAFF Pictures (another brainchild of Timur Savci). 10 months ago, the producer danced at the wedding of Hazal and Ali, so that personal and professional relationships between them are quite good for further cooperation. Hazal herself has repeatedly admitted that she is not going to stay at home and is ready to return to the screens in the near future.

So what movie or series will the star go to? Will she work with Timur Savci in his turkish-spanish series or will she prefer another producer? We will find out about this in the near future.