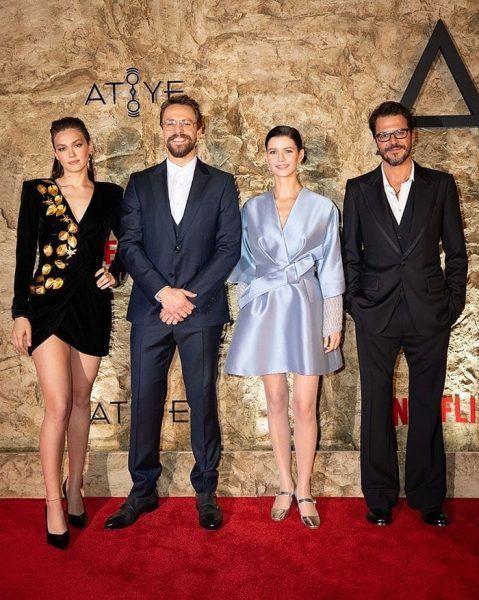 The return of Beren Saat was eagerly awaited by fans not only in Turkey, but around the world. And finally, Netflix officially presented the new series of the Turkish superstar to the audience. What awaits us?

On Tuesday, December 17, the gala premiere of the second large project of Netflix, created in collaboration with Turkish producers Atiye / The Gift, took place. If in the first series Hakan Muhafiz / The Protector, international viewers got acquainted with the secrets of Istanbul, then this time they will see the oldest temple in the world, Göbeklitepe.

A strong woman performed by one of the most beloved Turkish actresses, Beren Saat, who is familiar to the audience on the TV shows Forbidden Love / Aşk-ı Memnu and What is Fatmagül’s Fault / Fatmagül Suçu Ne? is in the center of the plot. The actress told a little about what awaits the audience on December 27, when Netflix officially releases the series on the platform.

“This story was born in this part of the world and Göbeklitepe is central to the plot,” Beren said. “This temple is one of the most important discoveries of mankind, which seeks its roots. We help to revive the history. The real protagonist of the series is Anatolia (Asia Minor)”. Beren plays the role of the artist Atiye, whose life changes after an unexpected discovery made by an archaeologist (Mehmet Günsür) in the oldest temple in the world, Göbeklitepe.

We remind you that Göbeklitepe, that was discovered in 1963 by researchers from the universities of Istanbul and Chicago, was officially included in the UNESCO World Heritage List this year.

READ  Will Netflix TV shows be broadcast on Turkish TV?

The gala premiere of the series was held at a former factory in Beykoz, where most of the Turkish series are filmed. It was attended by many stars of the Turkish screen, including the husband of the leading actress Kenan Dogulu, who performed a song for his wife, congratulating her on her new work.

The decision to renew the series for the third and fourth seasons will be made based on the results of the first one. We can only hope that it will be as successful as the first Netflix show in Turkey. We will follow the development of events.