Who will be the rival of Beren Saat? 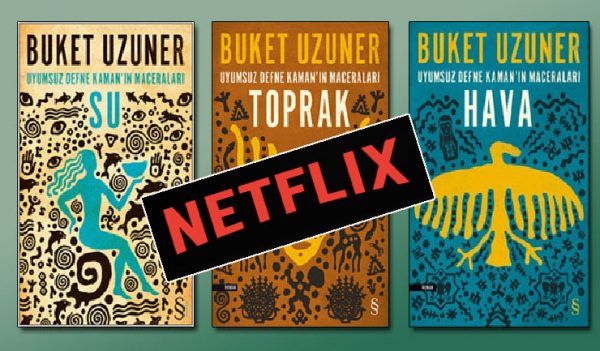 Who will be the rival of Beren Saat?

If you liked the Netflix series Atiye / The Gift, then you will certainly be pleased with information about the new Turkish mystical project, which is being prepared by Netflix. There are strong women in both shows. But who this time will become the star of the new project?

The well-known journalist Sina Kologlu reports that he, like many other viewers, was confused by the similarity of the script of the Atiye / The Gift series with the book of Buket Uzuner “The Adventures Of Misfit Defne Kaman / Uyumsuz Defne Kaman’ın Maceraları”. Not only events coincided, but also the main characters.

However, we are still talking about different works, and as it turned out, one of the digital platforms (presumably Netflix) bought the rights to the adaptation of Mrs. Uzuner’s novel. It is now in the process of developing a script. That is, in the near future there will be another Netflix series, that should appeal to those who love the mystical story of Atiye. At present the writer has released three books of the tetralogy: Air, Water, Earth and is preparing the last one – Fire.

It is curious that in the book about Defne Kaman, great attention is paid to the relationship between man and nature. The book has become a bestseller in Turkey and Netflix is ​​interested in that book become a series. Ecology, climate change, thoughtless human intervention in the environment: these are topics that will interest not only Turkish, but also the global audience.

Who will embody on the screen the image of the fearless journalist Defne Kaman is not yet known. However, for sure this should be one of the leading actresses in Turkey, because she will be compared with Beren Saat. In fact, there are very few actresses of this level in Turkey: Tuba Büyüküstün (however, she already has a project supposedly for Netflix), Bergüzar Korel (but she decided to take a long vacation because of the birth of her second son), Cansu Dere, Hazal Kaya and Fahriye Evcen.

Who will be the “rival” of Beren Saat? Hazal? Fahriye? Or Cansu? Will the show be popular with an international audience? Who will produce the project from the Turkish side? Will it be Netflix or another digital platform that will come to Turkey this year? We will find out about all this very soon.