The premiere of Netflix series Atiye / The Gift: success or failure? 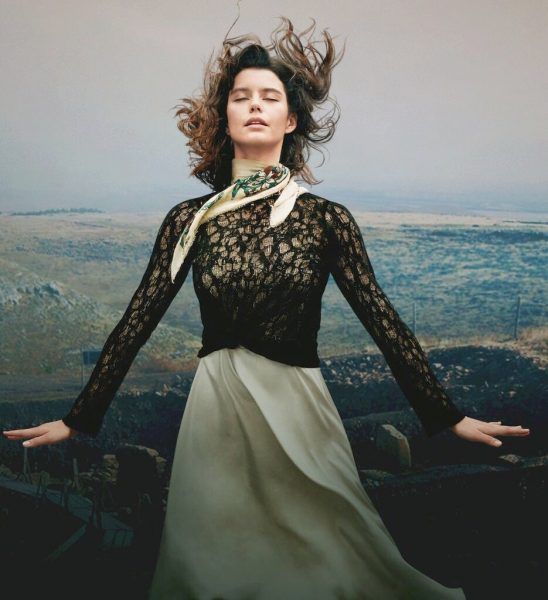 How did the second Turkish Netflix series Atiye / The Gift start? What do Turkish media say about bold scenes in the project? How do the actors themselves feel about them? We found out about it at first hand!

On January 27, Netflix presented to viewers in 190 countries its second big Turkish series Atiye / The Gift, starring Beren Saat, Mehmet Günsür, Metin Akdülger, and Melisa Şenolsun. The Turkish audience applauded the project, it immediately became one of the most popular series of the platform in Turkey. It remained to be seen how the foreign audience would react to the mystical story. If it turns out to be positive, then the management of the platform will renew Atiye for another two seasons. Recall that the second season has already been filmed and will be released next year.

According to Beren Saat, the series became a real outlet for her. She was at a loss, seeing the state of the entertainment sector in Turkey and the offer to work in an Internet project was the perfect way out of this situation. Her heroine breaks the pattern of suffering women, which they so love to show in traditional Turkish TV series. And she hopes that this will have a positive impact on her viewers.

Of course, the Turkish press discusses the bold scenes in the series, but the actress herself believes that they did nothing extreme. Modern Turkish censorship makes society obsessed with such scenes. You can be a conservative country, but find a reasonable compromise between tradition and modernity. The time has come to get out of adolescence and learn to look at things as an adult.

Will the second Netflix series be as popular as the first one? Will it be renewed for the third and fourth seasons? How will the international audience perceive the stars of the project? Will they be able to take high positions in the world film database IMDB? We will receive answers to these and many other questions in the very near future.