When is the Premiere of the Series Rise of Empires: Ottoman? 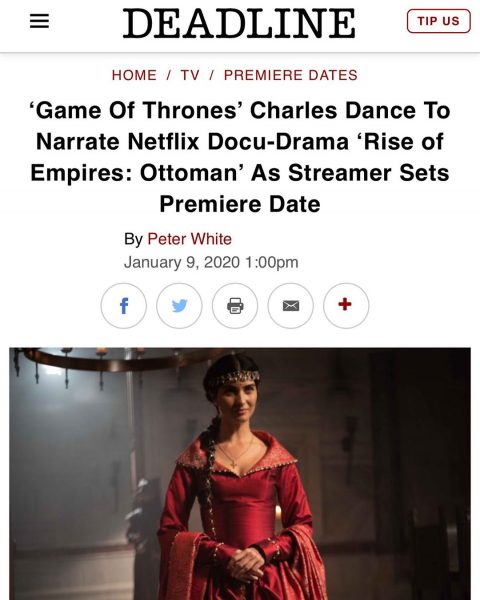 Charles Dance, who starred in TV shows such as Game of Thrones and the Crown, will be the “narrator” in the television series Rise of Empires: Ottoman. The premiere of the series is scheduled for January 24th.

Series co-produced by STXtelevision and Karga Seven Pictures. Many worry that the series trailer has not yet been released, although only two weeks are left before the premiere. This is actually a common practice for Netflix. Only the largest projects are awarded by the promotional company a few months before the premiere. Trailers of regular TV shows are published one or two weeks before the release on the platform, so fans are likely to see a teaser next week. Then Netflix will give a promotional photo and an interview with a cast.

READ  Netflix: why do two seasons at once?