Midnight at the Pera Palace – the new Netflix Turkish show 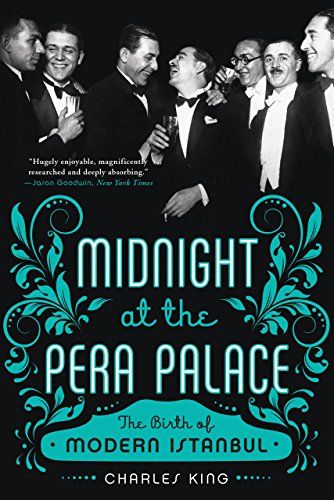 Historic Istanbul, jazz, White Guards, night clubs, Ataturk, Trotsky and Goebbels. And all this in one ambitious show from Turkish producers for Netflix. Meet the new series “Midnight at the Pera Palace”!

The new Netflix Turkish series  Rise Of Empires: Ottoman was very successful, causing great interest from an international audience. On the wave of success, the producer and director Emre Şahin and Karga Seven Pictures have entered into a new agreement with the digital platform to shoot a new historical show.

This time, the producer is going to adapt Charles King’s book, “Midnight at the Pera Palace – The Birth of Modern Istanbul”. This is the story of the transformation of Istanbul from the capital of the Ottoman Empire into a modern vibrant city from 1918 to the end of the 1920s. Jazz, politics, White Guards, the Jewish and Russian diasporas, Istanbul nightclubs are in the center of story.

Spies, British diplomats, poets, American businessmen, Russian officers gather to celebrate the New Year at one of the most luxurious hotels in Istanbul Pera Palace. The creator of the modern Turkish state, Mustafa Kemal Atatürk, one of the leaders of the Russian Revolution Trotsky, prominent writers Hemingway, Nâzım Hikmet and even Joseph Goebbels will make their cameo in the show.

Preliminary preparations are still ongoing. The series will consist of 8 episodes. Who will play the leading roles in an ambitious project? Most likely, the cast of the series will be international, as it has already happened with the previous project by Emre Şahin. This time he will have to find American, English and even Russian actors who will work in a team with the Turks. As they say, “Netflix brings together.”

READ  Will Netflix TV shows be broadcast on Turkish TV?

Is there a second Great Gatsby waiting for us? Could Emre Şahin cope with the difficult task of recreating the atmosphere of the 20s of the last century as successfully as he managed to recreate the fall of Constantinople? We will find out about this very soon.