Singer and actress Serel Yereli, who lives in London, said on her Instagram account that people who think to have children in our time are too brave. Even she doesn’t think about children with such genetics

Deniz Baysal is celebrating her birthday tomorrow. The actress has already begun to celebrate at home.

Yağmur Tanrısevsin said that she has been at home for 20 days in the company of her mother and two poodles and without any other persons. Thus, the actress denied the information that she allegedly reconciled with former boyfriend Oğuzhan Koç and lives with him in quarantine.

The test of actress and singer Esra Balamir for coronavirus gave a positive result. 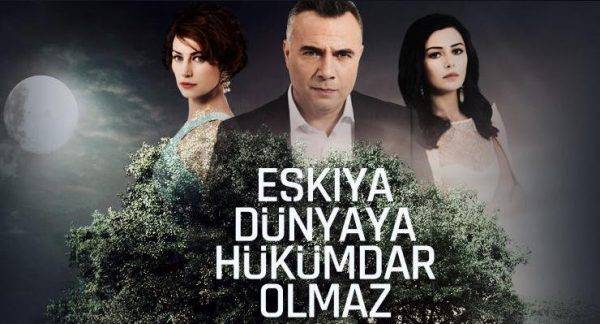 Turkish media have reported that Berrak Tüzünataç was going to the United States to rest with her boyfriend, but quarantine prevented the trip

Spanish channel Nova finished the series 1001 Nights. The project made the finale with a result of 789 thousand viewers and 4.1% share.

Teve2 begins the new broadcast of the series Doktors / Doktorlar

Erkan Petekkaya apologized for his inappropriate funny song about the coronavirus, which he sang on the set of the series If love comes. The actor stated that his only goal was to raise people’s awareness of the virus and asked people to stay at home.

The Arab TV company, Al-Sabah brothers, bought the rights to remake the series Endless Love / Kara Sevda. Motasem Al Nahar and Dalida Khalil will be the stars of the new show

The detective series Alef will be available on the Blu TV platform on April 10 at 21:30

Aybuke Pusat continues to work in quarantine. The actress became the face of the brand Gillette

Star TV will broadcast the show Mother / Anne since next Monday

The Ramo series will not make the final, the TV channel is pleased with the ratings. However, the resumption of work is delayed until the crisis is resolved.

Hilal Altinbilek at the vacations decided to take up the garden

The most famous Turkish singer in the world, Tarkan, urged his compatriots to stay home, avoid close contact, often and thoroughly wash their hands and wear masks. These difficult times will also pass … Of course, everyone knows the simple rules, but recalling them again will not hurt.