New TIMS & B series after quarantine 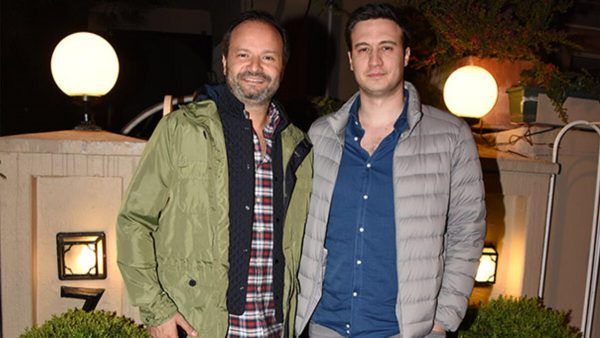 A Magnificent Century, The Oath, Bitter Lands – who hasn’t heard of these TV shows? Their creators, TIMS & B producers, are courageous about the future and are not afraid of the crisis. What new series are they preparing right now?

Timur Savci and Burak Sağyaşar in their latest interview with Hurriyet magazine stated that work on TIMS&B’s projects was ongoing. Although the shooting is stopped, however, work on scripts, special effects, rehearsals and other technical preparations are carried out online.

It is very important for them to create high-quality content, so they spend their time in quarantine with benefit, perfecting the scripts and the technical part. The company’s financial losses amount to 30-40%, but the most important thing is to recover from the fall, having prepared the necessary resources for this right now. Channels can be shut down, the balance can change, but the need for good content will never disappear.

What kind of projects do successful producers prepare? We know about some of them. It is a co-production series with the Spanish company Plano a Plano starring Dilan Çiçek Deniz. It is most likely intended for Netflix. Rumored to be a series titled Maraşlı written by Ethem Ozişik. TIMS&B has already made an official announcement that a superstar of the Turkish screen will play the main role in the project, but the name of the actor is still kept secret. Among the alleged names are Çağatay Ulusoy, Kenan İmirzalıoğlu, Tolga Sarıtaş.

For the digital platform Blu TV, Tims&B is preparing the series Unfinished Circle of Love / Yarım Kalan Aşklar Dairesi starring Ali Atay and Hande Erçel. The script is written by Ethem Ozişik, Hakan Bonomo and Ercan Ugur. The director is Umur Turagay. Filming is due to begin in the summer, but it is not yet clear whether Hande will be able to combine work on this project with filming in the summer TV series Knock on my door. Perhaps the actress will have to be replaced.

For free television, Timur Savci and Burak Sağyaşar are preparing the TV series The Island / Ada, which will be directed by Cevdet Mercan. Also, a remake of the English series Dr. Foster is being developed.

The fate of a grandiose historical project These crazy Turks / Şu Çılgın Türkler is still unknown. Recall that a few years ago the company acquired the rights to adapt this literary bestseller, however, due to the high cost of production, the project still has not found a broadcast channel. Maybe Mr. Savci can finally negotiate with the digital platform. As it is known, the viewers of Netflix are very happy to watch historical projects, so the chance that the series will eventually see light in digital format is there.

When will the filming of new TIMS&B projects begin? Who will star in them? On what channels and platforms will the company series be available? We will learn about all this already this summer.