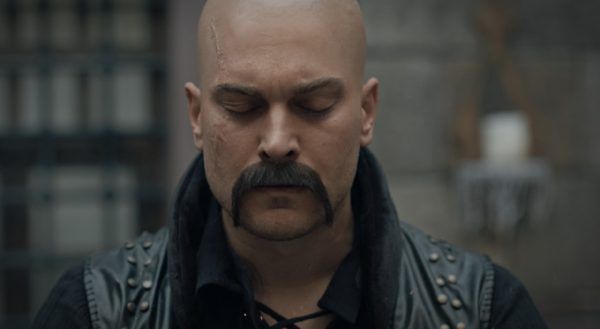 When will the fourth season of the series The Protector be released? Will it be the last one? What adventures await Hakan and his distant ancestor Harun? We know the details you wanted to know!

On July 9, Netflix will present the fourth and final season of the series The Protector, which was shot last year at the same time as season 3. This season, spectators will again meet with the heroes of Çağatay Ulusoy, Hazar Ergüçlü, Funda Eryiğit, Okan Yalabık, Taner Ölmez, Bige Önal, Boran Kuzum, Miray Daner and Burçin Terzioğlu.

What awaits the audience in the last season? The Seventh Immortal burned the city with the fire of his revenge. Almost all of Istanbul surrendered to the Immortals except the Protector. From now on, our hero must change the history of mankind, the protectors and the Immortals themselves. The fate of each depends only on him. He has no other choice – only to succeed.

This season, the world of our heroes will change a lot. Zeynep, who always supported Hakan, is now fighting against him. The Protector finds support in the enemy ranks and is forced to awaken another Immortal in order to achieve his goals. When Hakan illuminates the darkness of the past, the balance between the rivals completely changes.

The war of good and evil takes place in the past and present. Hakan enters his last confrontation with Faysal in our days and in the past. The epic journey of Hakan – the protector of Istanbul and his ancestor Harun comes to an end.

In the last season, 10 new episodes await the audience, which will complete the first Turkish Netflix series. So far, any new Turkish series on the platform cannot surpass the success of the project.