What did Hande Erçel say about Murat Dalkılıç and Kerem Bürsin? 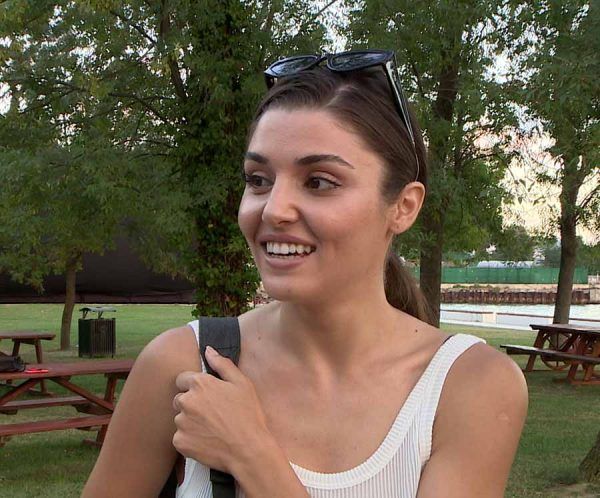 Hande Erçel’s personal life is of great interest to Turkish and international audiences. What did the star say about her relationship with her former boyfriend Murat Dalkılıç and current co-star in the series “Knock at My Door” Kerem Bürsin?

Hande Erçel, who is a very popular star among advertisers (recall that the girl has almost 15 million followers on Instagram), was spotted the day before in the Beykoz district on the set of a commercial.

Journalists, of course, were more concerned not with the professional plans of the actress, but with her personal life. In particular, they asked Hande about rumors that she allegedly broke up with Murat Dalkılıç because of her unwillingness to have children right now. Hande replied briefly, but quite clearly: “I have already explained everything on social networks, you saw. Murat remains an important part of my life. There was nothing bad between us. Everything that needs to be done has already been done.”

The journalists were particularly curious about her alleged love affair with Kerem Bürsin, which he hastened to refute in the last interview. However, Hande did not say anything about this, politely said goodbye and left.

Of course, the girl’s silence immediately sparked excitement among the paparazzi. Is there really something or is Hande just tired of the same questions? We’ll know about it when the time comes.