Awakening: The Great Seljuks – a new large-scale project of TRT1 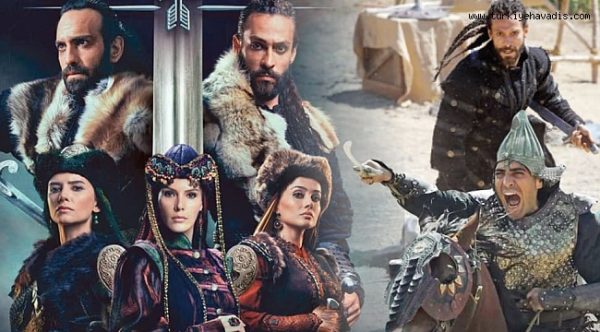 For the filming of the series Awakening: The Great Seljuks / Uyanış: Büyük Selçuklu, which starts on Monday 28 September, a medieval city was built with a palace, mosques, madrasah, and a caravanserai. The scenery was made for two Seljuk camps, the city of Selemzar and a Byzantine fortress. The shooting plateau covers an area of ​​7,500 square meters.

The shooting is attended by 150 people of technical staff, 50 actors, 3 thousand extras. Filming of the first episode lasted 60 days, with more time spent on the battle scene, which required additional preparation of 15 days. 400 actors took part in the battle, 100 of them were horsemen. 3 thousand household items and 5 thousand costumes were made.

Ekin Koç and Bugra Gulsoy were trained by one of the best horse riding teachers Janbi Ceylan. The famous Kazakh group Nomad Stunts, which has worked in Hollywood films and in Turkish TV series (Resurrection Ertugrul, The Ottoman), is engaged in the stunts in the series.