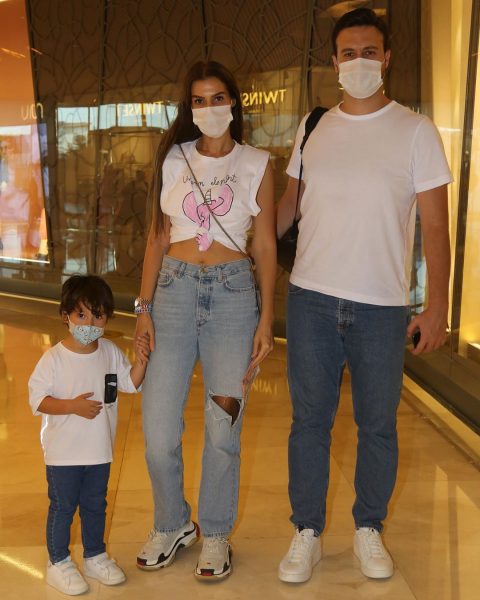 Hatice Şendil was spotted with her husband and son in the Zorlu shopping center. As the actress admitted, she is very excited about the upcoming work in the TV series Awakening: The Great Seljuks / Uyanış Büyük Selçuklu, after all, she did not appear in the series for a long time. The actress hopes that the audience will be satisfied with the work done. Recall that in the new historical project, Hatice became a co-star of Bugra Gulsoy. She has to play a strong historical personality on the screen – Terken Hatun