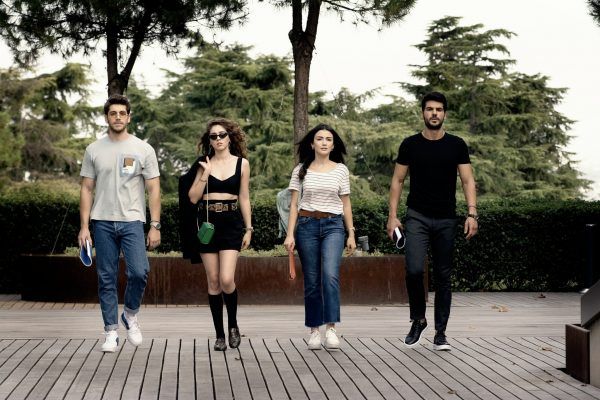 My left side / Sol Yanım

Good news for everyone who misses the classic youth drama. Love, secrets, rich and poor, collision of different social worlds and unexpected coincidences in the new TV series of Star TV channel My Left Side / Sol Yanım.

Star TV channel and BKM company, known for the popular TV series Ramo, announce the imminent premiere of a new youth drama series My Left Side / Sol Yanım. The director of the project, Serdar Gözelekli, has previously worked on such popular TV series as Our Story and Love for show.  The screenwriter Melis Civelek is known for her work in the series The girl named Feriha and Forbidden Fruit. Starring: Özge Yağız, Tolga Mendi, Cemre Baysel, Emre Bey, Defne Samyeli and Cansel Elçin.

It is the story of a mother and daughter who try to get used to a new life in a small neighborhood after they have experienced the beauty of life in luxury and wealth. It’s also the story of one of Turkey’s richest families and its heir, Selim. Wealth always entails intrigues and secrets, among which the young man grew up. He will meet Serra, who is trying to get used to being alone.

This is a story of love and coincidence. There are nodes to untangle, but every new loose knot reveals new secrets. The series premieres in mid-November.