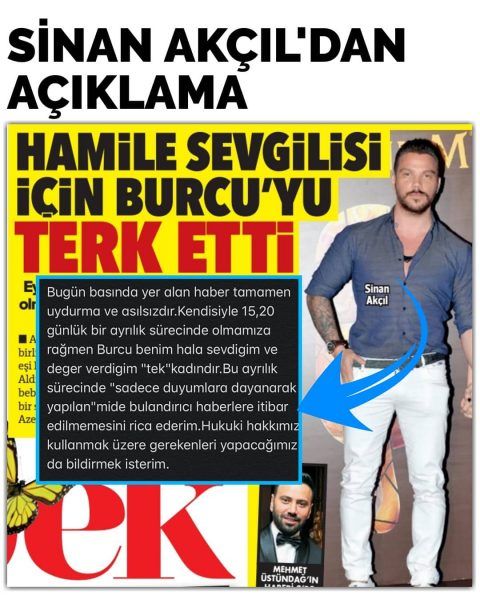 According to Hurriyet journalist Mehmet Ustundag, Sinan Akçil, who recently parted with his ex-wife and current fiancée Burcu Kıratlı, is preparing to become a father. However, the child’s mother will not be Burcu, but his new beloved – an Azerbaijani girl, a practicing psychologist named Nez. According to Sinan’s friends, he was very tired of the jealousy of his ex-wife and found a quiet haven with a new girlfriend.

In response to this information, Sinan Akçil erupted in an angry tirade on Instagram, stating that he really had problems with Burcu Kıratlı, but she was and remains his only love. The news has been blown to smithereens, and he’s going to sue those who invented it.