Hande Erçel does not intend to forgive insult 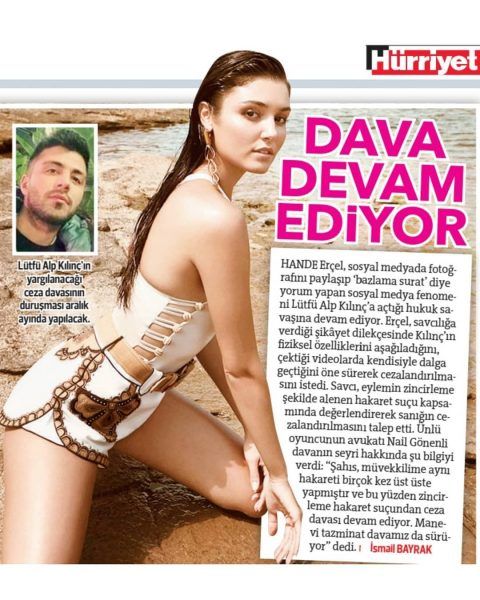 Despite the fact that the court refused to satisfy the claims of Hande Erçel against the blogger Alp Kilinç, who compared her face to a cake, the actress does not intend to give up her claims. According to Hande’s lawyer, the case has not been closed and the proceedings are ongoing, as the insult was inflicted several times. They also sued, demanding compensation for non-pecuniary damage.